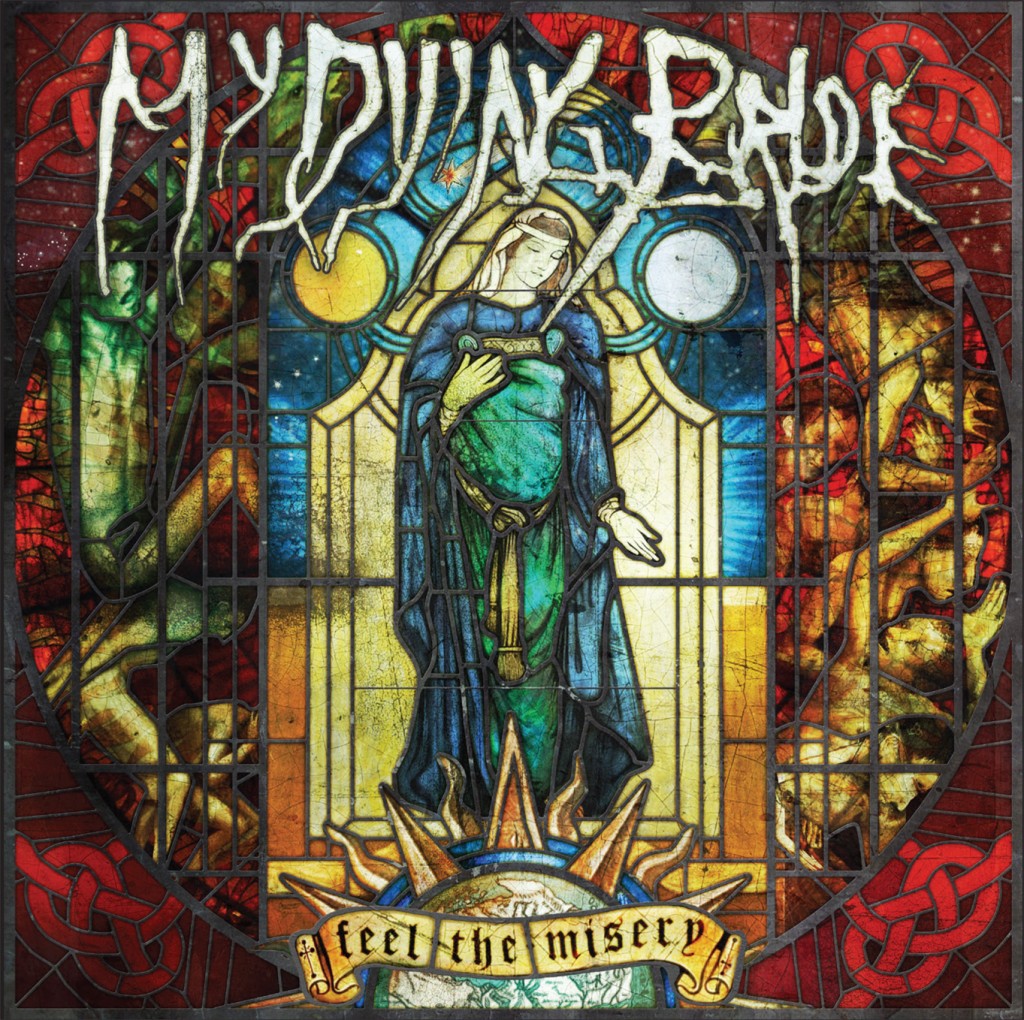 Having launched the stunning new video for ‘Feel The Misery’ My Dying Bride are now giving fans a glimpse into the making of the clip.

“Shot in beautiful Pembrokeshire, off  South Wales, ‘Feel The Misery’ – the video, was captured amidst crashing waves and total darkness by director James Sharrock (www.invadetvproductions.com/) and his crew of merry men and women.

Influenced by the painting The Raft of the Medusa by Théodore Géricault, the video begins with the aftermath of a tragic loss of a vessel and the miserable survivors left clinging to a makeshift raft. Perishing one by one, the sole lass slips beneath the waves to a watery death, to be discovered later on the shore by a gnarly old sea dog scrounging for oddments. Distraught at his find, the man carries the maiden to his hovel (St. Govans Chapel) and lays her before the altar as is his pious want.

Shot in this most beautiful part of the world through treacherous rocky conditions with an incoming tide and only a storm-lamp for lighting at 2am the feeling of the misery has indeed been captured perfectly.” Aaron Stainthorpe

WATCH THE BEHIND THE SCENES FOOTAGE FROM ‘FEEL THE MISERY’ HERE:

The scenes were set to play out the narrative as vocalist Aaron Stainthorpe takes the role of a lone musician and poet who stumbles upon a fallen maiden while combing the seascape for curiosities. Clearly the victim of a recent shipwreck, she is gathered up and removed to a suitable, sombre resting place, all the while the mournful ‘Feel The Misery’ plays alongside, marrying the rich visuals with the melancholic song.