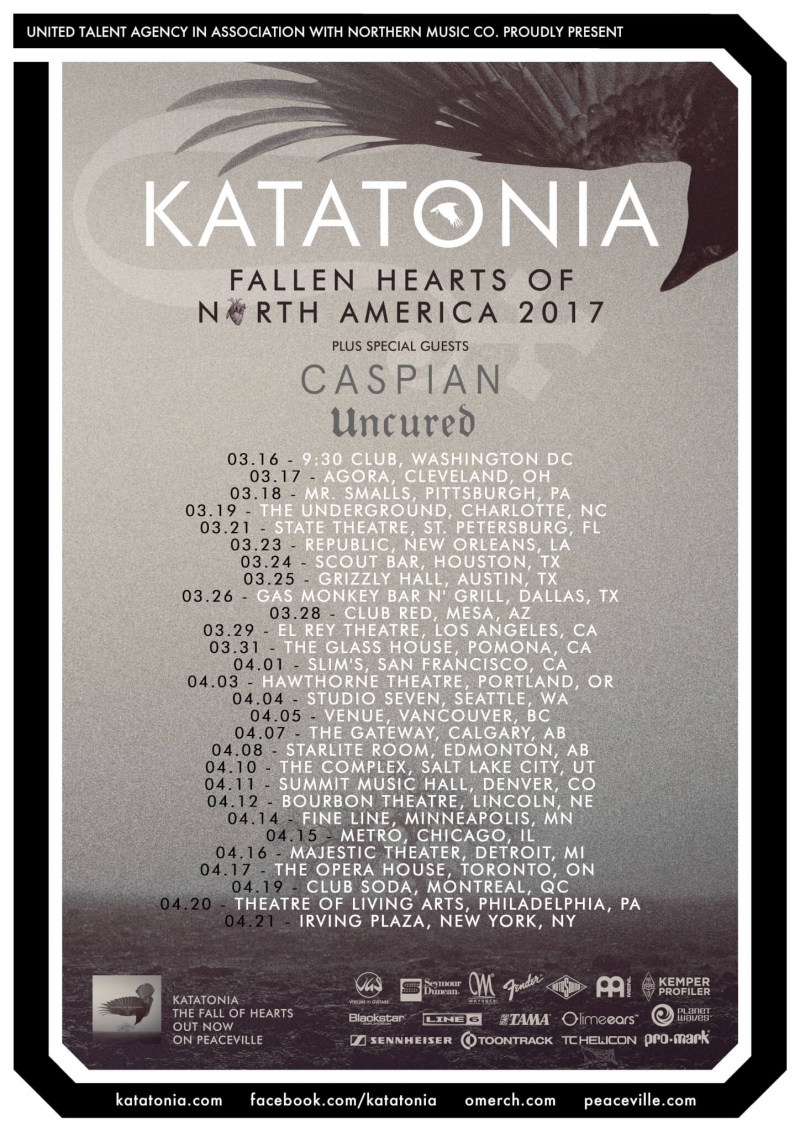 Katatonia have announced they will be heading out on a headline tour of North America in March & April 2017 to support the release of their latest studio album The Fall Of Hearts.

Founding Katatonia member and guitarist Anders Nyström comments “We did three North American tours in support for ’Dead End Kings’ and it’s been three and a half years since the last one when we toured with Cult Of Luna, so having already embraced the new cycle of ’The Fall Of Hearts’ over here, we are eager to once again cross the Atlantic to continue from where we left off and to reap what we planted over there.”

Vocalist Jonas Renkse introduces the bands they have chosen to join them on the tour “We are very excited to finally announce our headline tour in North America for The Fall of Hearts. Also invited for this run are post-rock titans Caspian (Facebook Page) and young, promising act Uncured  (Facebook Page).Come out and celebrate the downfall of hearts (and everything else) with us!”

*Click on the poster to the left to see it as a larger image.