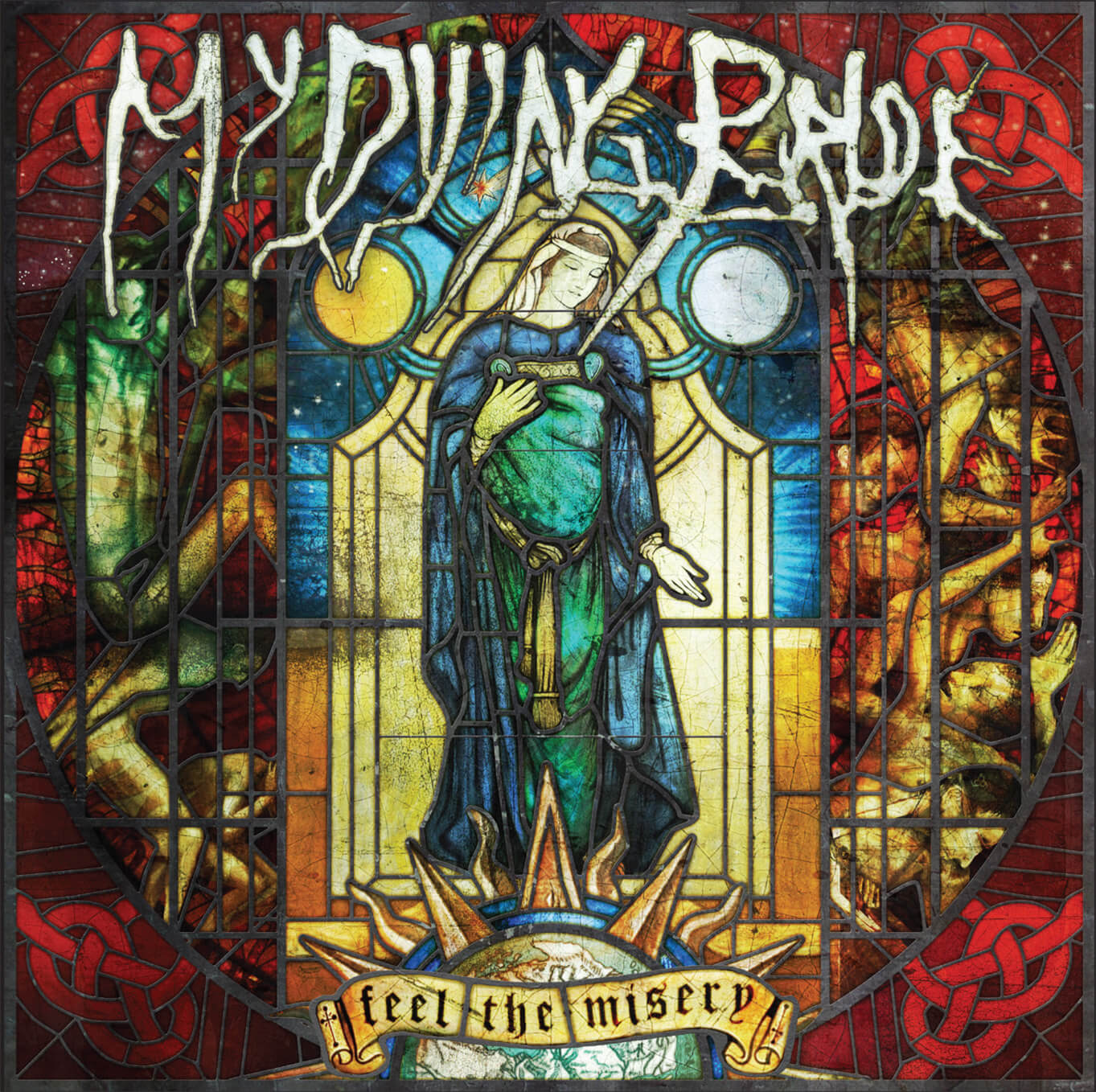 My Dying Bride – Feel The Misery has been released to excellent reviews..
“A great metal album; it’s also art. What more Can you ask for?”   Zero Tolerance
‘Their strongest full length this century”   Metal Hammer
“a triumphant statement of ongoing vitality”  The Guardian

Some of you may have noticed some differences between the CD and LP editions. This arose because for initial runs of the CD and disc one of the box versions of the album the master used was the initial ‘journalist’s review master’, whereas the LP and later CD pressings include the band’s Final Master.

We are sorry for this error and have set up a facility for those fans who wish to exchange their copy of this initial CD disc for the version with the Final Master. If you would like to send back your now rare CD, full details on exchange are here www.peaceville.com/feelthemisery. (Itunes redownload  instructions are also here).

My Dying Bride ‘Feel the Misery’
9/10  Metal Hammer
9/10  Terrorizer
#2 Soundcheck  Sonic Seducer Germany
#2 Soundcheck  Metal Hammer Germany
5/5   Zero Tolerance
“MDB deliver 8 monumental tracks which crush and elevate the soul at once: masterpiece.”  Rockerilla, Italy
“MDB’s 12th LP feels like a gift: eight songs that are as heavy, somber and poetic as anything they’ve released.”  Decibel, USA
“Feel The Misery is another such atmospheric outstanding CD in MDBs discography”  Legacy, Germany
“the Great My Dying Bride is back”  Metallian, France