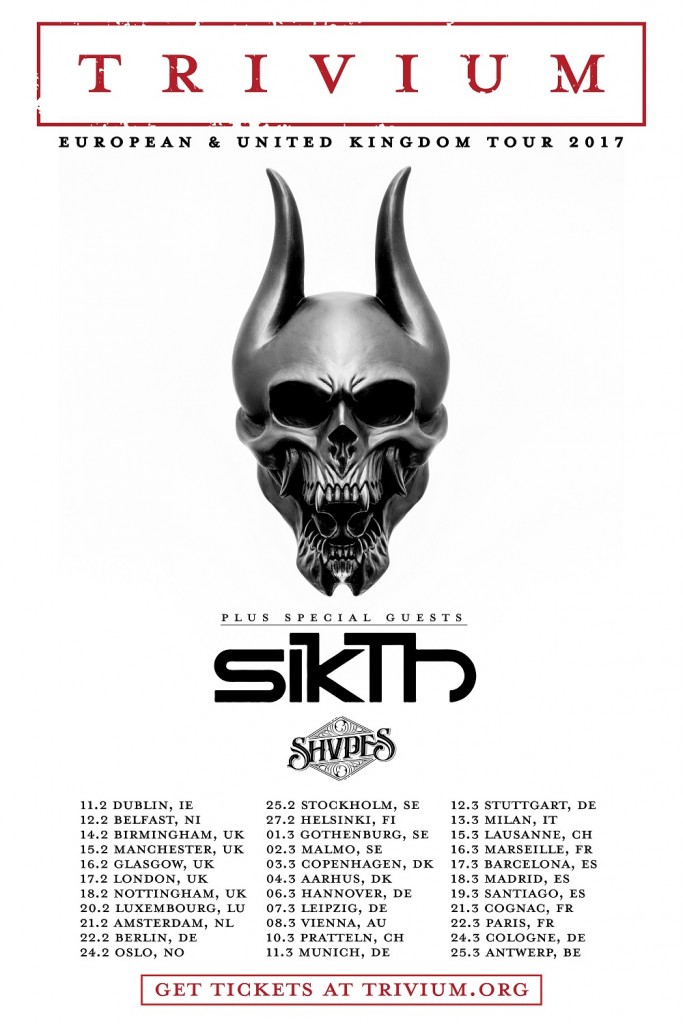 Having recently completed their first ever tour of North America with Periphery, Sikth have announced that they have been confirmed as direct support to Trivium on their early 2017 UK & European “Silence In The Snow” tour, starting in Dublin on 11th February through to 25th March 2017 in Belgium.

Vocalist Mikee Goodman comments: “Can you believe it but we’ve never actually toured Europe! It’s so exciting for us to play in so many countries we have never even been to. When touring USA in the summer for the first time we met so many fans we never knew existed. We hope to do the same and make more in Europe.  There are such awesome venues to play on this tour. Talking of places we haven’t played before – the Roundhouse in London is going to immense, and we’re really buzzing about going back to Ireland too! Huge thanks to Trivium for taking us out, this tour is going to amazing. “

Since their reformation at the UK’s Download Festival in 2014, the British progressive metal forefathers SikTh have been busy, having released a new mini-album ‘Opacities’, played countless headline shows and supported Slipknot in the UK, played festivals across the world as well as laying waste to venues across the US with their first tour stateside this summer.  Not a band to rest on the laurels SikTh are hard at work writing for their new full album, fans won’t have too long to wait for more news on that.