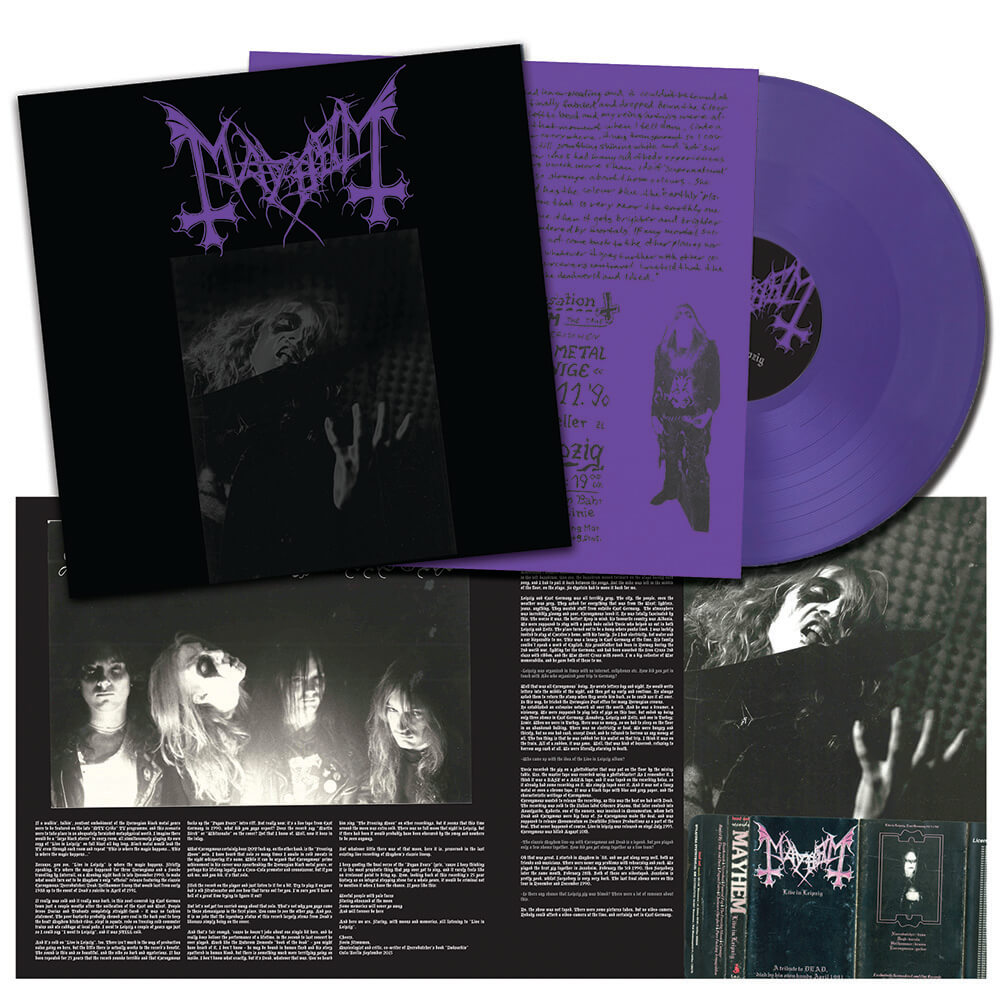 Marking almost 25 years to the day since the now-legendary show, and to be released on November 27th on Peaceville Records, this new 25th anniversary edition of Mayhem’s ‘Live in Leipzig’ will come on 2CD and vinyl formats, including liner notes and recollections from band members Hellhammer & Necrobutcher, among others from the scene, as well as some rare pictures and letters surrounding the event. The CD edition notably contains a bonus disc featuring the official release of the band’s performance in Zeitz, Germany as part of the same tour in November 1990. Also features the original iconic cover artwork from the album’s first pressing in 1993.

The first vinyl pressing will be limited to 1000 copies on coloured vinyl.

Pre-order from the Peaceville Store

Mayhem are one of the leaders of the black metal genre & an inspiration for many black metal bands worldwide today, having existed for 30 years, with an often dark and tragic history giving them unrivalled infamy. This classic ‘Leipzig’ performance took place on November 26th 1990, featuring the seminal Mayhem line-up of Hellhammer, Necrobutcher, Euronymous & Dead, and contains live renditions of tracks from the ‘Deathcrush’ release (1987) and 1994’s landmark album, ‘De Mysteriis Dom Sathanas’, including the ultimate black metal classic, ‘The Freezing Moon’.