Double Candlemass releases to mark 30th anniversary of the band 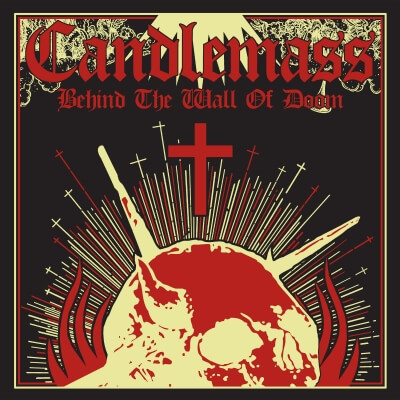 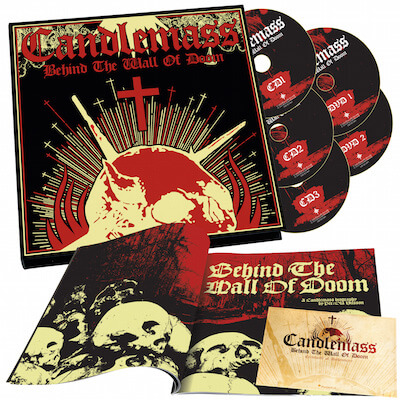 To coincide with the 30th anniversary of the Swedish doom greats, particularly the legendary 1986 debut, Epicus Doomicus Metallicus, Peaceville Records have lined up 2 special Candlemass releases for 2016.

Commencing with a limited picture disc vinyl release of Epicus… for record store day on 16th April, this will be followed on April 29th by Behind the Wall of Doom; an extensive 3CD/2DVD set with a 92 page book written by Per-Ola Nilsson, chronicling the rise and domination of the pioneering Swedes, in the quest of firmly stamping their mark on the metal world. Also included are demos plus rare and previously unheard tracks from the band’s 1985 rehearsals, alongside choice tracks from Candlemass’ early classic releases, as selected by Leif Edling and Messiah Marcolin. The set is completed with extensive DVD footage featuring several integral band performances over the decades, including the much sought and revered Dynamo performance from 1988.

Says Leif Edling on Behind the Wall of Doom:
“We are celebrating 30 years as a band with this set, and as a result I’ve been digging out old photos I haven’t seen in 30 years, rehearsal tapes I didn’t know existed, and live shows I hardly remember playing!
I’m sure our fans will drool over the Dynamo 88 DVD. It was our breakthrough gig and the stage is bursting with youthful energy! All in front of 30 000 ecstatic headbangers. Messiah trips over the monitor, my fake leather robe, Mappe’s classic white B.C. rich & a band going for the throat! We also present to you Bang Your Head 2005. It’s raw and intense, and shows a band back in the saddle with absolutely nothing to prove. I haven’t seen this myself since we played the actual show, so it certainly brings back fond memories!

It all comes with a 92 page 33 x 33 coffee table book. Loads of rare and never before seen photos from EPICUS up to recent years. Per-Ola Nilsson has written a very ambitious, comprehensive history of the band, complete with new interviews, cool facts and no bull. It’s all there…warts ‘n’ all!! Lemmy R.I.P. “

Candlemass was formed by bassist and songwriter Leif Edling in Stockholm, Sweden in 1984, and they are well known for their epic doom metal and having a great influence over a generation of the genre’s subsequent greats – Candlemass themselves taking a large influence from Black Sabbath.

View the trailer on Vimeo https://vimeo.com/156849972
Check out the new-look Candlemass website, now online at www.candlemass.se/

Behind The Wall Of Doom is available to pre-order at www.peaceville.com/store – all pre-orders include a limited Edition certificate signed by the band