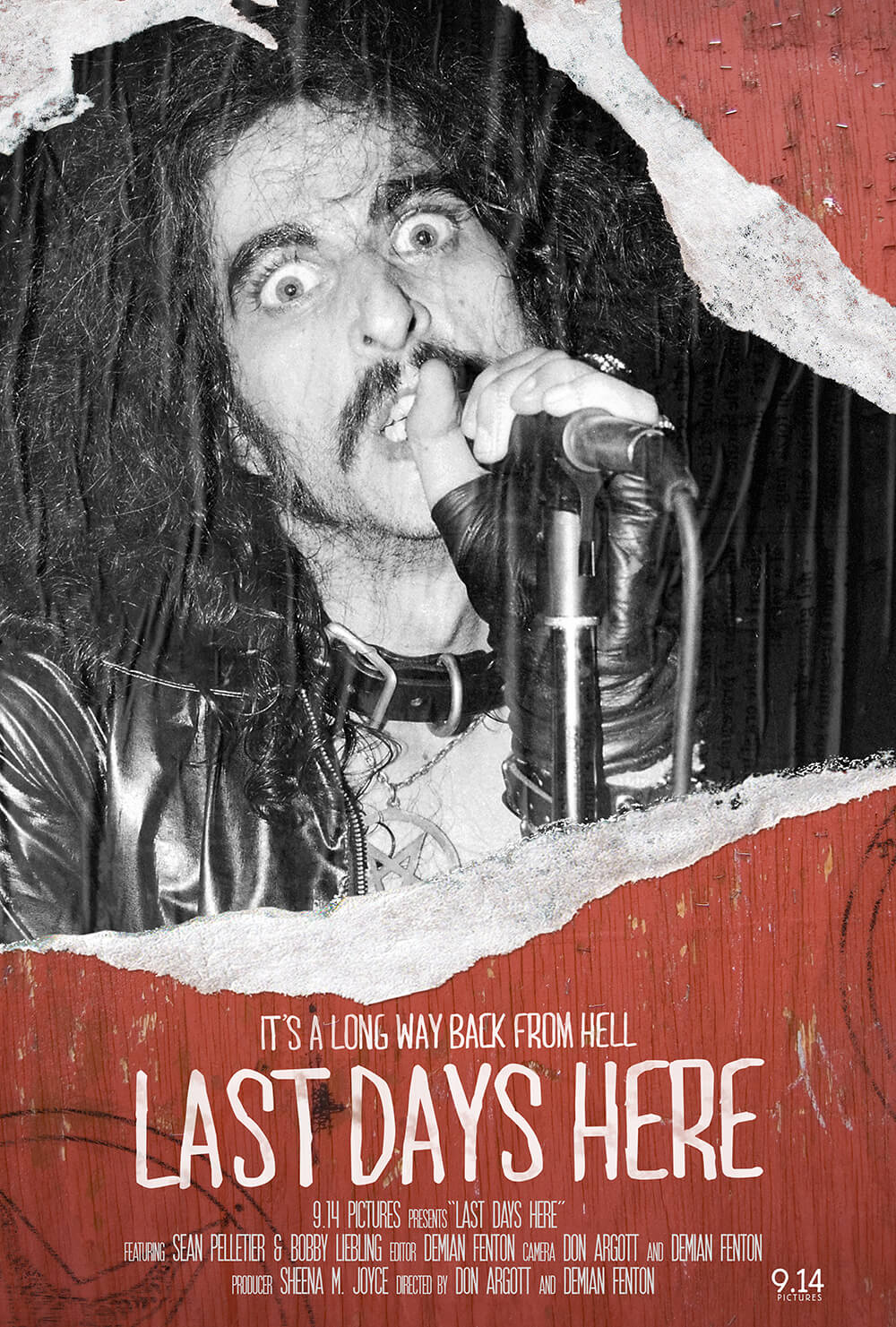 Pentagram is a American heavy metal band from Virginia, most famous as one of the pioneers of doom metal. The band was prolific in the underground scene of the 1970s, producing many demos and rehearsal tapes, but did not release a full-length album until reforming in the early 1980s with an almost completely new lineup. Throughout the band’s history the only constant member has been vocalist Bobby Liebling. The revolving lineup of Pentagram has featured many well respected musicians in the local doom metal scene, with members spending time in other acts such as Raven, The Obsessed, Place of Skulls, Internal Void, Spirit Caravan, among many others. 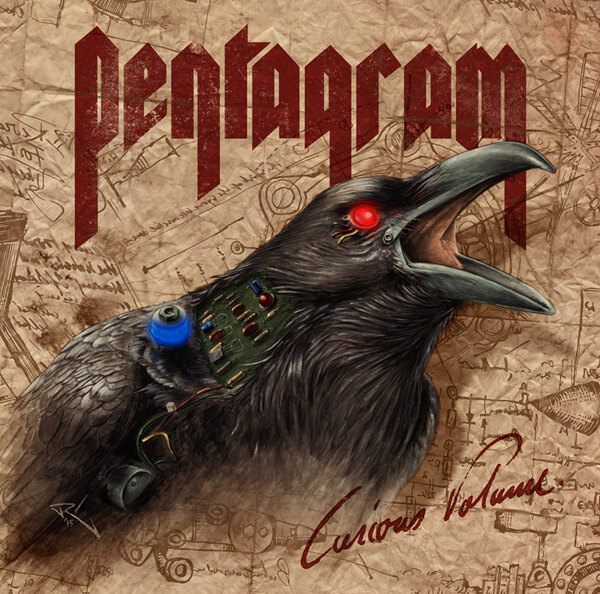 Formed in the early 1970s with a debut album, Relentless, releasing in 1985, Pentagram hs survived through more than four decades filled with adversity and triumph to become the legendary international act it is today, firmly stamping its name into the heavy metal history books. Although once viewed as a cult act but with a strong and dedicated global fan base, Pentagram has enjoyed a recent surge in popularity due in part to the 2011 documentary, Last Days Here, which follows the trials and tribulations of a troubled rock star, Pentagram’s lead singer Bobby Liebling. With a DVD release set for this fall on Peaceville’s label, the documentary has garnered international recognition on the film festival circuit and has won several awards, including “Best Music Documentary” at the International Documentary Film Festival in Amsterdam.
The band recently released their double DVD collection ‘All Your Sins’, featuring over 7 hours of live footage spanning a period of three decades.

PENTAGRAM IN THE PEACEVILLE STORE

Pentagram is a American heavy metal band from Virginia, most famous as one of the pioneers of doom metal. The band was prolific in the underground scene of the 1970s, producing many demos and rehearsal tapes, but did not release a full-length album until reforming in the early 1980s with an almost completely new lineup. Throughout the band’s history the only constant member has been vocalist Bobby Liebling. The revolving lineup of Pentagram has featured many well respected musicians in the local doom metal scene, with members spending time in other acts such as Raven, The Obsessed, Place of Skulls, Internal Void, Spirit Caravan, among many others.Read More

In 1985 the band released the first full-length studio album. Initially self-titled, the album is often referred to as Relentless due to it being given the name when it was reissued by Peaceville Records. The album contains a mix of new songs and 70s era songs, as will all the Pentagram albums to follow. After recording their second album, Day of Reckoning, the band folded yet again, and in 1989 Greg Mayne and Randy Palmer rejoined Liebling with the addition of Ted Feldman on guitar and Jon Cook on drums. The band was working towards recording the third LP, but shortly after their first performance in Maryland, the band split up. The previous lineup then reformed in 1993 and Peaceville Records reissued the first two albums. During this same time, Peace Records released the semi-legitimate 1972–1979. This was the first time many of the 70s songs were released. In 1994 they released their third full-length album, Be Forewarned. The band split up again and emerged as a duo, with Liebling retaining vocal duties and Joe Hasselvander taking care of all instrumentation. In 1998, Downtime Records released a number of early recordings on a compilation album entitled Human Hurricane. Liebling and Hasselvander recorded both 1999’s Review Your Choices and 2001’s Sub-Basement as a duo. A bootleg follow up to 1972–1979, 1972–1979 (Vol. 2), was released in 1999 by Peace Records. Shortly after Sub-Basement Hasselvander split with Liebling, who soon recruited guitarist Kelly Carmichael, bassist Adam Heinzmann, and drummer Mike Smail, all members of Frederick, Maryland based doom act Internal Void. The new lineup recorded Show ’em How in 2004. This album in particular has seven re-recorded 70s era Pentagram songs and three originals.

After Show ’em How, the band has been somewhat in limbo due to Liebling’s unstable behavior, including collapsing in the intro to an important show at the Black Cat Club in Washington, DC, forcing the band to recruit Hasselvander and others from the audience to perform in his stead.

Hank Williams III has included a rendition of the classic versions of Pentagram’s “Be Forewarned” and “Forever My Queen” in his live set. During his set at Washington D.C.’s Black Cat club in 2006, Liebling joined Williams onstage and performed the songs himself. Also in 2006, Liebling joined Witchcraft onstage at their DC show to sing Pentagram covers “When the Screams Come” and “Yes I Do”.

In July 2000, former members Griffin and Abney formed Place of Skulls following their departure from Pentagram. The band’s music is akin to Pentagram’s more recent sound. The band briefly featured doom metal legend Scott “Wino” Weinrich on their 2003 With Vision album, though he has since left to concentrate on The Hidden Hand. Abney left in 2002 but returned in 2007.

Randy Palmer died in 2002 from injuries suffered in a car crash, while Vincent McAllister died in May 2006 from cancer.

Bobby Liebling announced on his MySpace page (now the official page for Pentagram and all things related) that he is currently negotiating with an unnamed record label for a new Pentagram studio album entitled Last Rites, which will include “many guest musicians” including original members from the ’71-’76 First Daze Here era. Also slated for release is an authorized DVD autobiography produced by 914 Pictures entitled “Last Rites: The Fall and Rise of Bobby Liebling.” A teaser is currently available at 914pictures.com.

Joe Hasselvander has started a solo project called The Hounds of Hasselvander who released an album in 2007. For live performances he has recruited Kayt Vigil on bass and one-time Pentagram drummer and Maryland doom mainstay, Gary Isom on drums. Hasselvander also contributed to Blue Cheer’s latest album, What Doesn’t Kill You (2007).

On August 23, 2008, Pentagram’s then new lineup was announced, which featured Bobby Liebling being joined by Russ Strahan (Guitar), ex-live only member from the mid-90s, Gary Isom (Drums) and Mark Ammen (Bass).The line up was named after a forthcoming new album, “Last Rites”.

In 2009, the band played two triumphant shows entitled “Last Rites Live” in New York City and Baltimore, MD. The NYC show was filmed for the upcoming documentary film, “Last Rites: The Fall & Rise of Bobby Liebling” set to be released via sometime in late 2010. Due to the success of these shows, the band did a 7 date mini-tour which included two sold out shows in Chicago, plus dates in Seattle, Portland, San Francisco’s DNA Lounge, Hollywood’s House of Blues and Austin, TX.

On March 14, 2010, Russ Strahan abruptly left the band exactly one day before a spring tour was to begin. Scrambling to find a guitarist, Liebling contacted Johnny “Wretched” Koutsioukis of Wretched fame to replace Strahan on lead guitar. Russ had this to say about his departure:

It is with a heavy heart and great sadness that I find myself having to walk away from Pentagram. Due to communication breakdowns and inner band issues, I had to make this very difficult decision.
With a tour starting within a day, Wretched had limited time to learn songs and for the first few shows the set list was cut short. Currently it is unknown as to whether or not Strahan was fired or quit. Wretched has since departed from the band.

On their May tour which ended at the Maryland Death Fest, Victor Griffin played guitar and Greg Turley played bass as touring personal. Additionally, Greg and Victor played some June shows with the band. After this tour ended June 24, the band entered a hiatus.

In February 2011, Metal Blade Records announced that Pentagram would be playing South By South-West (SXSW) in March 2011 and would follow up with a European Tour to begin on April 14, 2011 at Roadburn Festival in the Netherlands. Additionally the band announced members would include Greg Turley on bass and Albert Born of Virginia as their new drummer.

In the meantime it was announced that the band had re-signed to the Peaceville label for their follow-up album, which was preceded by the All Your Sins DVD in early 2015, comprising of over 7 hours of archive footage spanning three decades including a performance at the legendary CBGB’s club. It was then announced that the new album was to be titled ‘Curious Volume’ and set for release through Peaceville in August 2015.