‘Twilight Burials’ – UK & European tour 2022
Katatonia & Solstafir will head out in January and February 2022 on a 31-date co-headline tour of the UK and Europe. 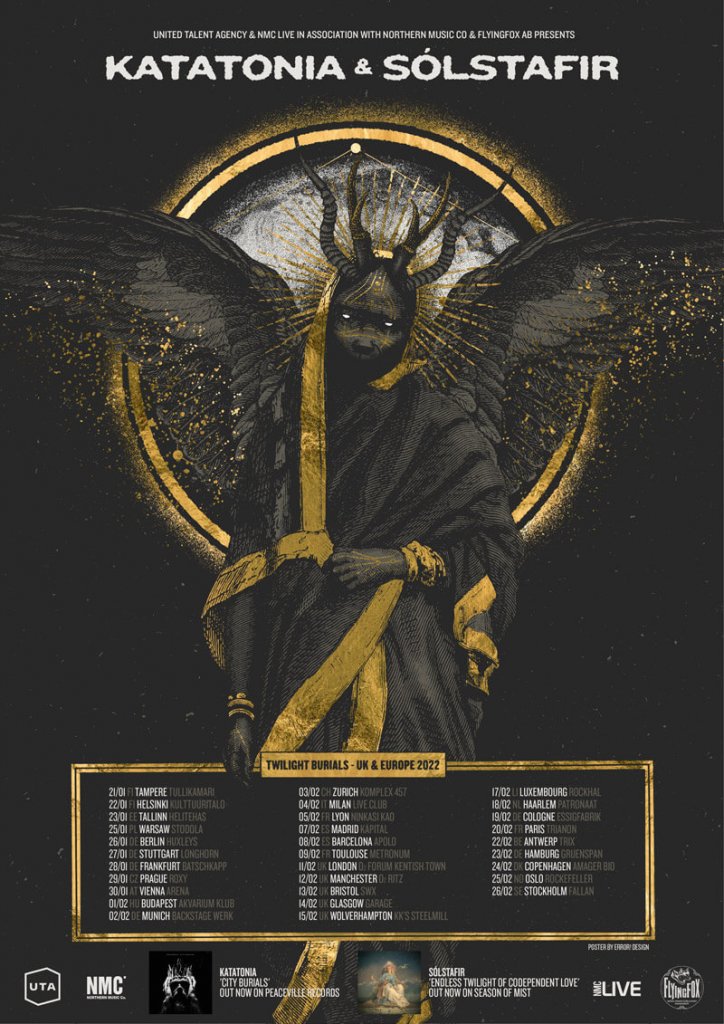 The coming together of these two revered masters of melancholy seems only natural. For over a quarter of a century both artists have favoured the emotional connection that their music brings over all else. Theirs is a world where ‘heavy’ is a force of nature; where progress comes from within, outwardly changing their musical output into something almost unrecognisable from the extreme metal that carried it in the early days.

The BBC’s description of Katatonia’s “grandiose, majestic beauty” seems appropriate for both artists. It’s no coincidence that The Guardian’s take on Solstafir is equally apt: “total immersion is compulsory”.

This immense tour will see Katatonia taking their most studio album, CITY BURIALS, out on the road as their touring plans, like many bands had to be put on hold.

Jonas Renkse comments “With over a year now since we played our last live show, it’s an understatement that we want to get back on stage. Add to that an album released during the pandemic with no ways to promote it through touring, it is with a good portion of hope we present you this European tour together with Iceland’s own Sólstafir. Even though a return to normality is joyous, why not celebrate it with some melancholy?

This tour will bring a lush twilight shadow over Europe. Join it!”

This is going to be HUGE!!