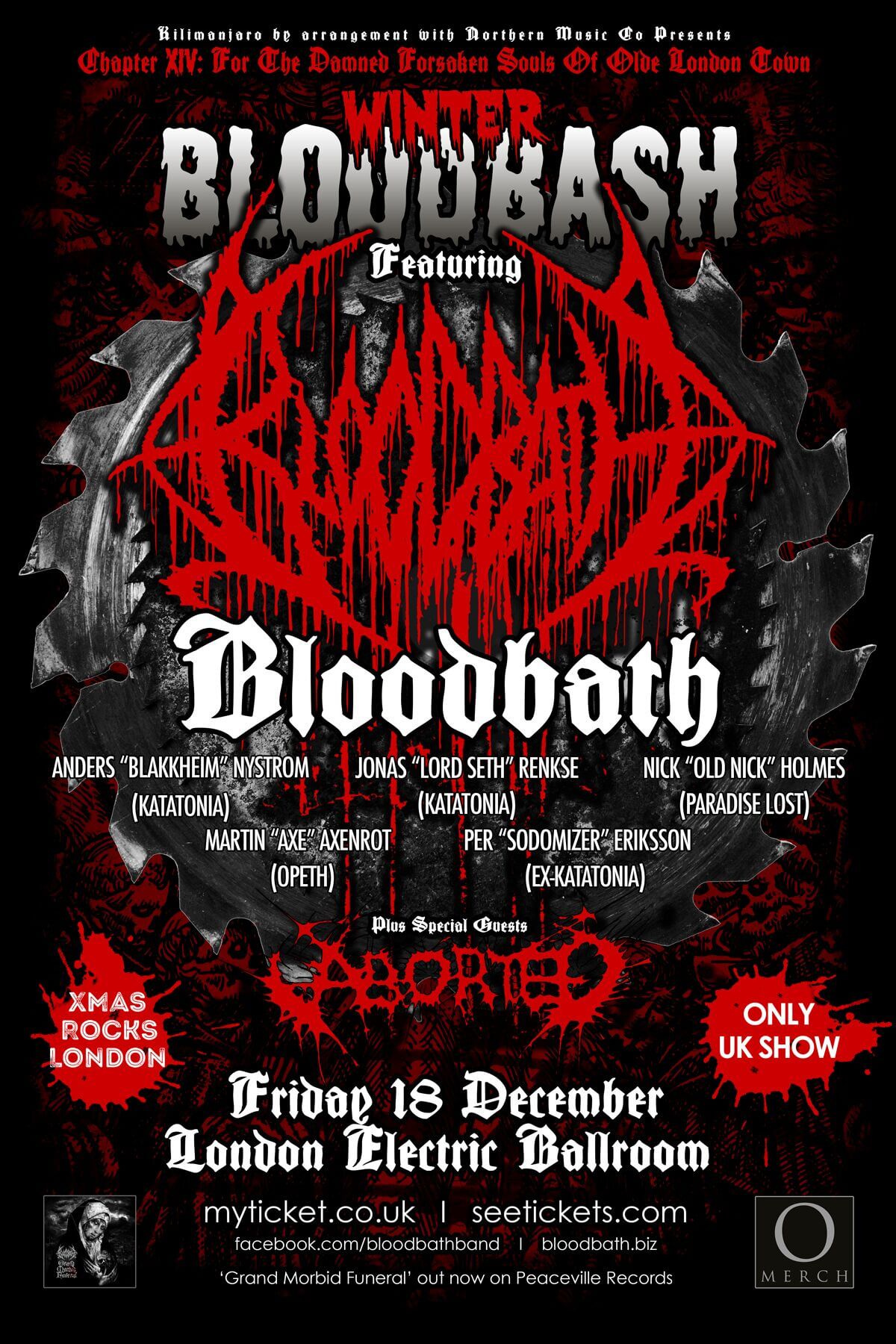 With Bloodbath’s one off ‘Winter Bloodbash’ London show on 18th December at the Electric Ballroom just around the corner and in the spirit of Christmas the band have shared a sinister short trailer.

‘In folklore, a horned, Christmas devil known as Krampus punishes those who have misbehaved during the festive season. Whether you have been naughty or nice this year you should definitely attend our Winter Bloodbash and celebrate with us!’

Watch the trailer below

Bloodbath, the titans of death metal from Stockholm, Sweden, notable for the inclusion of Katatonia, Opeth and Paradise Lost members have spent the past 12 months taking their brand of supreme, unrelenting death metal across the globe to the likes of Tuska Open Air, Hellfest, Sweden Rock Fest and Maryland Deathfest but with no sign of a UK performance.

Now, after close to a year of waiting, and despite the 13th candle having long gone out, Bloodbath will rise once again in celebration of all that is unholy at the holiest time of the year.

Bloodbath released their latest album ‘Grand Morbid Funeral’ in November 2014. A new high-point of brutality for Bloodbath, it was the first album to feature new vocalist Nick Holmes of Paradise Lost.