Since their conception in 1988, PARADISE LOST have not only founded the genre gothic metal with 1991’s “Gothic”, but also diligently defined and daringly transcended it. From the crawling, harrowing doom of their debut “Lost Paradise” (1990) to the electronic sounds of “One Second” (1997) over to the dark rocking punch of “Paradise Lost” (2005), the band’s entire career has been accompanied by the desire to evolve and stay ahead of musical trends and fashions. 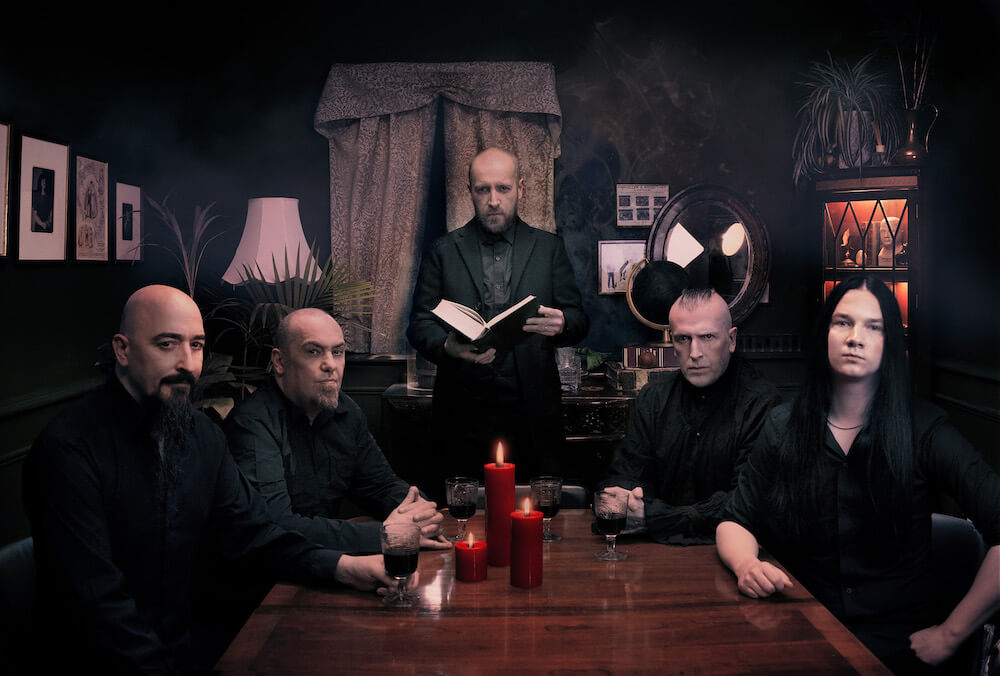 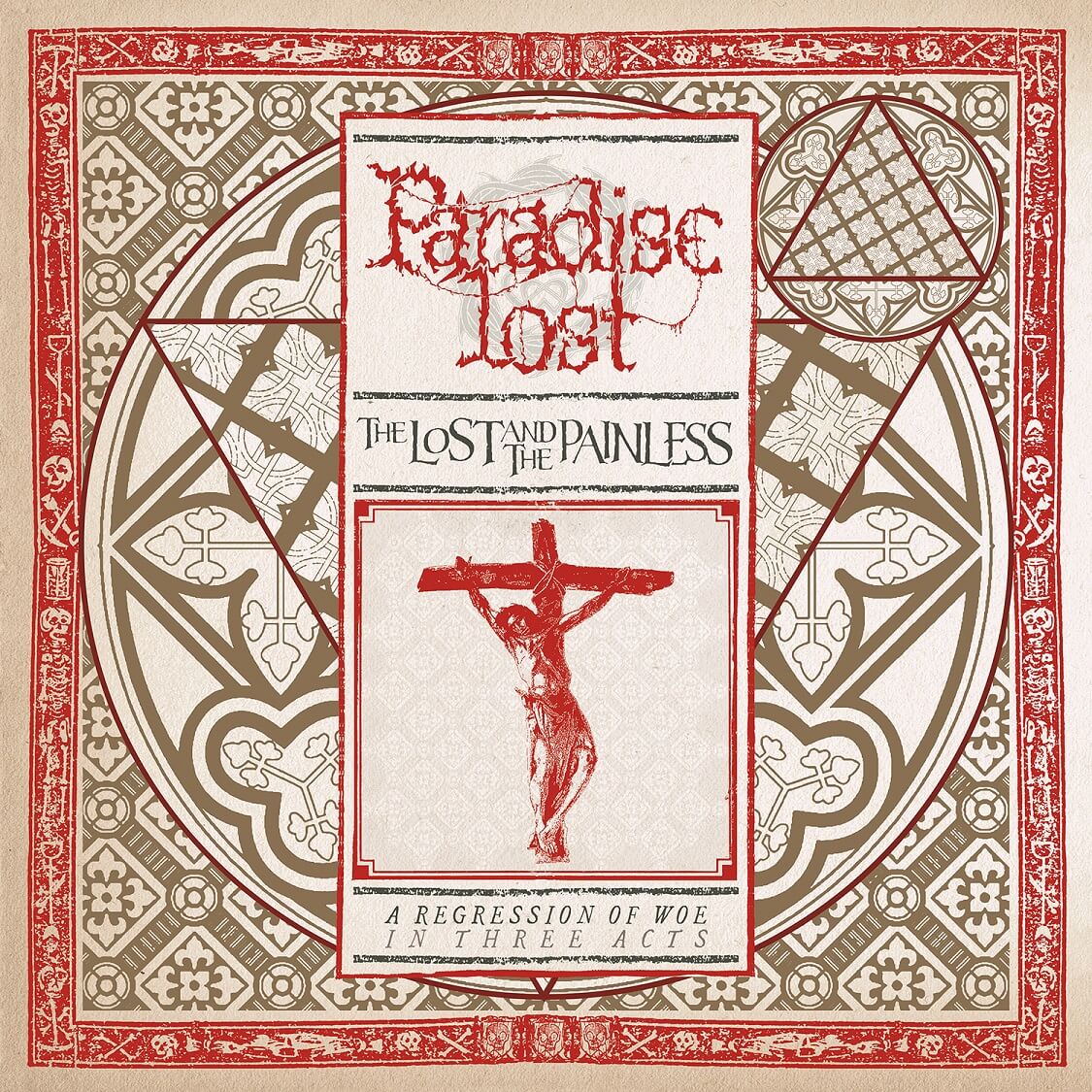 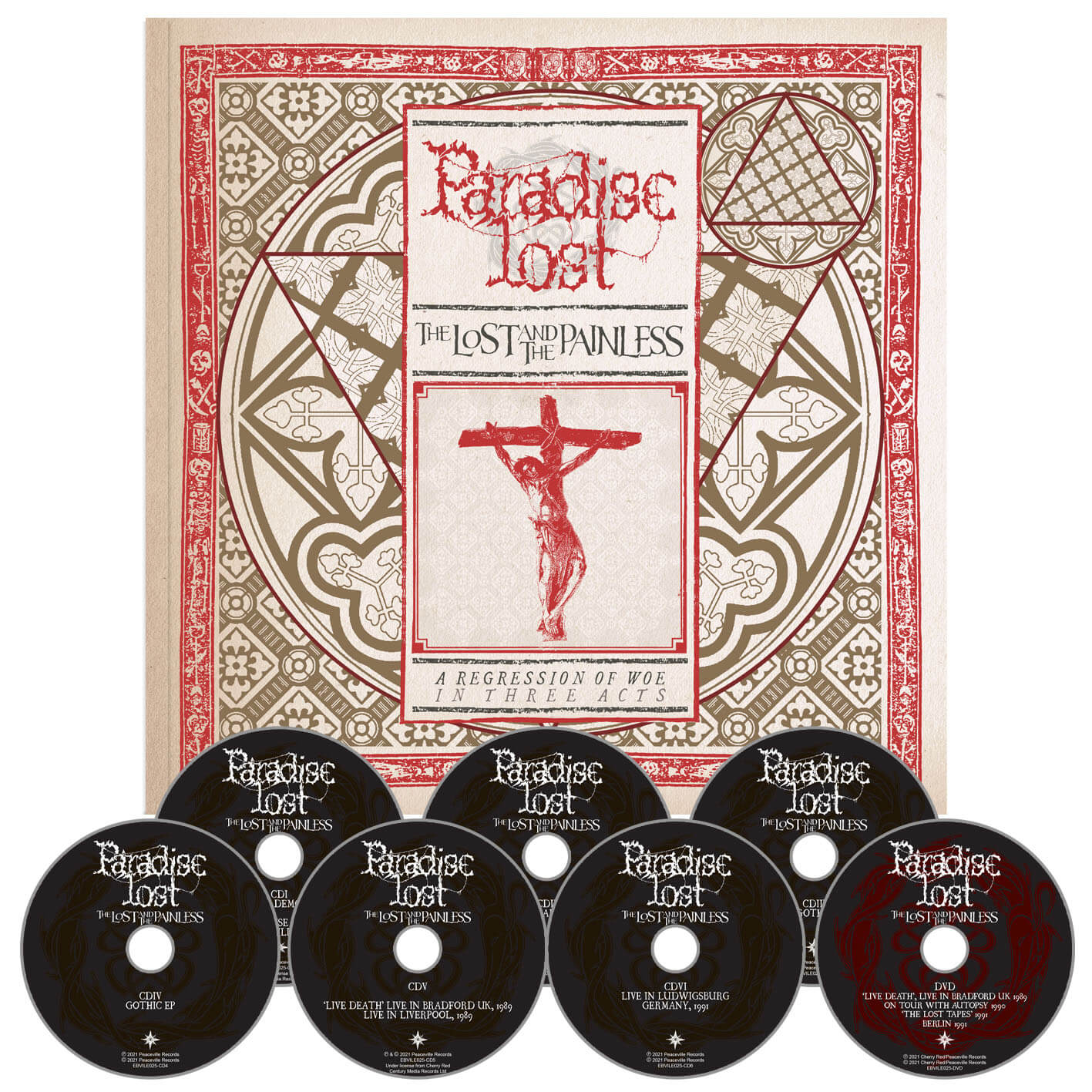 THE LOST AND THE PAINLESS

Creators, pioneers & purveyors of the Gothic Doom Metal scene which came to prominence in the early 90s, Britain’s Paradise Lost rose from humble Northern roots to become one of the UK’s leading artists in the metal genre throughout the decade and beyond, remaining as relevant and revered as ever to this day after a career spanning over three decades.

To mark the 30 years since the release of the band’s iconic sophomore album, Gothic, Peaceville will release The Lost And The Painless – a stunning limited edition expansive 7 disc hardback book featuring 6CDs and 1DVD, containing the full works of both the formative and Peaceville years of the UK Gods. From the early incarnation of the band finding their feet in a death metal landscape which was still in its relative infancy, to their early live appearances showcasing the clear talent of the Yorkshire quintet, this deluxe set also incorporates the band’s legendary studio albums in the shape of the influential deathly doom debut, Lost Paradise, as well as the ground-breaking & genre-defining follow-up, Gothic.

The included DVD features four shows, leading with the ‘Live Death’ concert from 1989, followed by a trilogy of captured performances between 1990 & 1991, as Paradise Lost were beginning to mark their gradual ascension with a host of now classic tracks from their early repertoire.
The Lost Paradise and Gothic albums, plus the Gothic EP have been specially remastered for this set by Jaime Gomez Arellano at Orgone Studios.

Also contained in the set is a 92-page book written by prolific music journalist, Nick Ruskell, delving into those essential early years of the band, as described by vocalist Nick Holmes & guitarist Gregor Mackintosh with their recollections of their early efforts to put Paradise Lost firmly on the map, as well as additional thoughts from a selection of prominent members of the scene, including Peaceville founder Paul “Hammy” Halmshaw, Barney Greenway of Napalm Death, My Dying Bride’s Aaron Stainthorpe, & also Chris Reifert who himself embarked upon a tour with the Englishmen with Autopsy back in 1990. Furthermore, the book contains an amount of previously unseen photos recovered from the band’s early promo shoots with photographer Porl Medlock.
Nick Holmes comments “Looking at the artwork for ‘The Lost And The Painless’ and remembering those early albums and live shows, It’s amazing to think that ‘Gothic’ was released 30 years ago.

It serves as a very important chapter in the life of the band and conjures a lot of nostalgia from the early 90’s. We lived off crisps, slept in squats, on people’s floors and under vehicles. Cigarettes were £1.50 a packet, Stella Artois beer was still 5.2% proof, and travelling in a Ford Transit van with all the equipment and 10 people sitting on an old mattress was considered normal.

Distant memories aside, it was also a great time for Death Metal music in general, and ‘The Lost And The Painless’ serves as a timely reminder.”
The foreword for ‘The Lost and the Painless’ comes courtesy of long-time appreciator of all things dark & gothic, Dani Filth, vocalist of UK extreme metal masters, Cradle of Filth.

THE LOST AND THE PAINLESS

PARADISE LOST IN THE PEACEVILLE STORE

Since their conception in 1988, PARADISE LOST have not only founded the genre gothic metal with 1991’s “Gothic”, but also diligently defined and daringly transcended it. From the crawling, harrowing doom of their debut “Lost Paradise” (1990) to the electronic sounds of “One Second” (1997) over to the dark rocking punch of “Paradise Lost” (2005), the band’s entire career has been accompanied by the desire to evolve and stay ahead of musical trends and fashions.Read More

Their first three full-length albums are examples of the death/doom style, although the latter two incorporated some melodic and gothic elements. However, with the release of the seminal albums Icon (1993) and Draconian Times (1995), Paradise Lost also became known as pioneers of the gothic metal subgenre. In accordance with the change in musical approach, vocalist Nick Holmes changed his singing style. He used a death grunt on the band’s first three albums, but on Icon refined his voice to have a cleaner tone. Later (circa 1997), the band began experimenting with electronic styles but after four albums reverted again to gothic metal.

Early on, Paradise Lost were inspired by Kreator, Celtic Frost, Candlemass, Death, Morbid Angel, and Repulsion. Up to 1989, the band recorded demo cassettes, then signed with Peaceville Records for their first album (recorded at The Academy), Lost Paradise. Their debut was well received by press and fans alike. In November 1990, Paradise Lost went back to The Academy to work on the second album. 1991’s Gothic (also on Peaceville) was the band’s stylistic breakthrough, eventually becoming an influential album within the extreme metal circles. The album was labelled a “classic” and was rated highly by both fans and critics. The album expanded beyond the original death/doom format by being more melodic and featuring symphonic orchestra and female vocals by Sarah Marrion. With this album the band pushed “gothic” into the metal scene and started a new genre – gothic metal.

Paradise Lost was signed to the Music for Nations label, and in July 1992 released Shades Of God. The album contained the song “As I Die,” later released as a single/EP. In summer 1993, the band commenced work on their fourth full-length record, Icon which was released on September in the same year. The album hit the German charts at number 31, It solidified the band’s position in the mainstream metal scene. Draconian Times, one of the band’s most successful albums came in June 1995; a limited edition digipack offered a second disc, dubbed “Live Tracks, Demos & B-Sides,” with five live recordings as well as demos and outtakes. To promote the album, Paradise Lost went on a tour through Europe, South America, Australia, and Japan.

On the album One Second (1997), the band began to experiment with Depeche Mode-esque synth pop and electronica. The album turned out to be one of the band’s most important releases, cracking the German and Swedish top ten charts and giving the band a boost in popularity everywhere, it seemed — except the UK. The band later contracted EMI Electrola in Germany for its next album, Host, released in 1999, on which they continued to experiment with new sounds, appearing to shed their metal roots. On the next album, Believe in Nothing (2001), Paradise Lost continued the synth direction, but adding rock elements to the music. In May 2002, the band signed to GUN records, and on the album that followed, Symbol of Life, the metallic roots of the band began to resurface.

Paradise Lost released their 10th, eponymous album in 2005 on GUN records. The eleventh album, In Requiem, was released in Spring 2007 on Century Media; it was generally well-accepted and highly rated by both critics and fans, pleased to see the band returning to their heavier, gothic metal sound similar to that of earlier albums like Draconian Times. The full-length was preceded by a single, “The Enemy.”

At the beginning of 2009, Paradise Lost recorded their new album with producer Jens Bogren in Fascination Street Studios in Örebro, Sweden. At the time there was no full-time replacement for Jeff Singer and drums were played by Swedish drummer Peter Damin. On 16 March 2009, when the album was already finished with being recorded, the band recruited Adrian Erlandsson (ex-At the Gates, ex-Cradle of Filth) as a full-time drummer for the band.