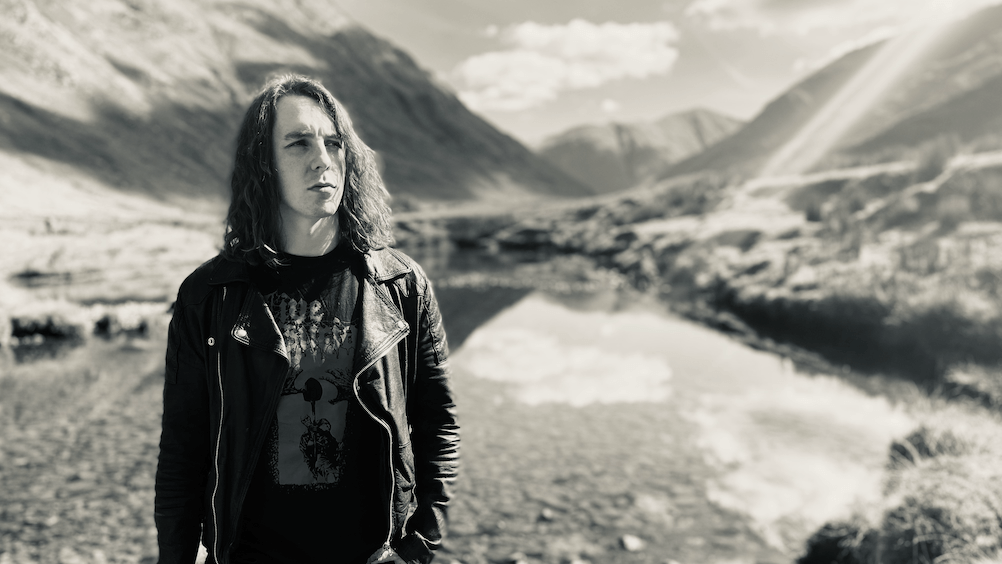 The third album of high octane melodic black/speed metal combined with sprawling, folklore-infused epics due for release 17 February 2023 on Peaceville

Having released the masterful ‘The Affair of the Poisons’ in 2020 on Peaceville Records, James McBain and his electrifying brand of blackened thrash fast propelled Hellripper to the forefront of the UK metal scene – now get ready for ‘Warlocks Grim & Withered Hags’ – Hellripper’s third studio album, due for release on 17 February.

McBain’s musicianship is ragged and brilliant – The WIRE

‘Warlocks Grim & Withered Hags’ establishes a new threshold of excellence and raises the bar further over ‘The Affair of the Poisons’, with an opus standing at the crossroads between the sound that Hellripper has become known for and a whirlwind of different influences up until now yet to be explored, resulting in James McBain’s most personal and diverse work to date. With a greatly expanded scope to the tracks, incorporating more epic and melodic blackened anthems alongside the high-speed metal attack and blistering solos, ‘Warlocks Grim & Withered Hags’ marks a new high point for the band.

Inspired by the landscapes and legends of the Scottish Highlands, McBain explores the darker side of Scottish history & folklore – the title itself taken from a line in the Robert Burns poem, ‘Address to the Deil’ – as well as including references to clan culture (including his own) throughout the album.  Setting the scene with the release of their first single (available on all streaming platforms now) and accompanying lyric video, created by Matthew Vickerstaff, for “The Nuckelavee” – McBain comments “I wanted “The Nuckelavee” to be the first track released as it’s not only the album opener, but it is the song that I think best represents the overall sound and vibe of the record. It’s speed metal at its core but with a few twists. Lyrically, “The Nuckelavee” is based on the Orcadian tale of the eponymous creature – a grotesque and skinless horse-like demon that brings plague and death wherever it travels”

The theme is continued with, for example, the track, ‘The Cursed Carrion Crown’, being based on the legend of ‘Sawney Bean’ and the Bean Clan (a spelling variation of “McBain”) and tells the story of a family of cannibals that lived in a cave and committed various gruesome acts.

As always, the writing and recording process was carried out by James McBain himself, with a few guests offering contributions in the form of additional vocals and instrumental parts. With recording taking place between March 2021 and June 2022, the album was also mixed by McBain, and mastered by Damian Herring at Subterranean Watchtower Studios.

You will bang your head, you will slop beer everywhere, you will thrash like a maniac – Hellripper fucking rule. – Kerrang! 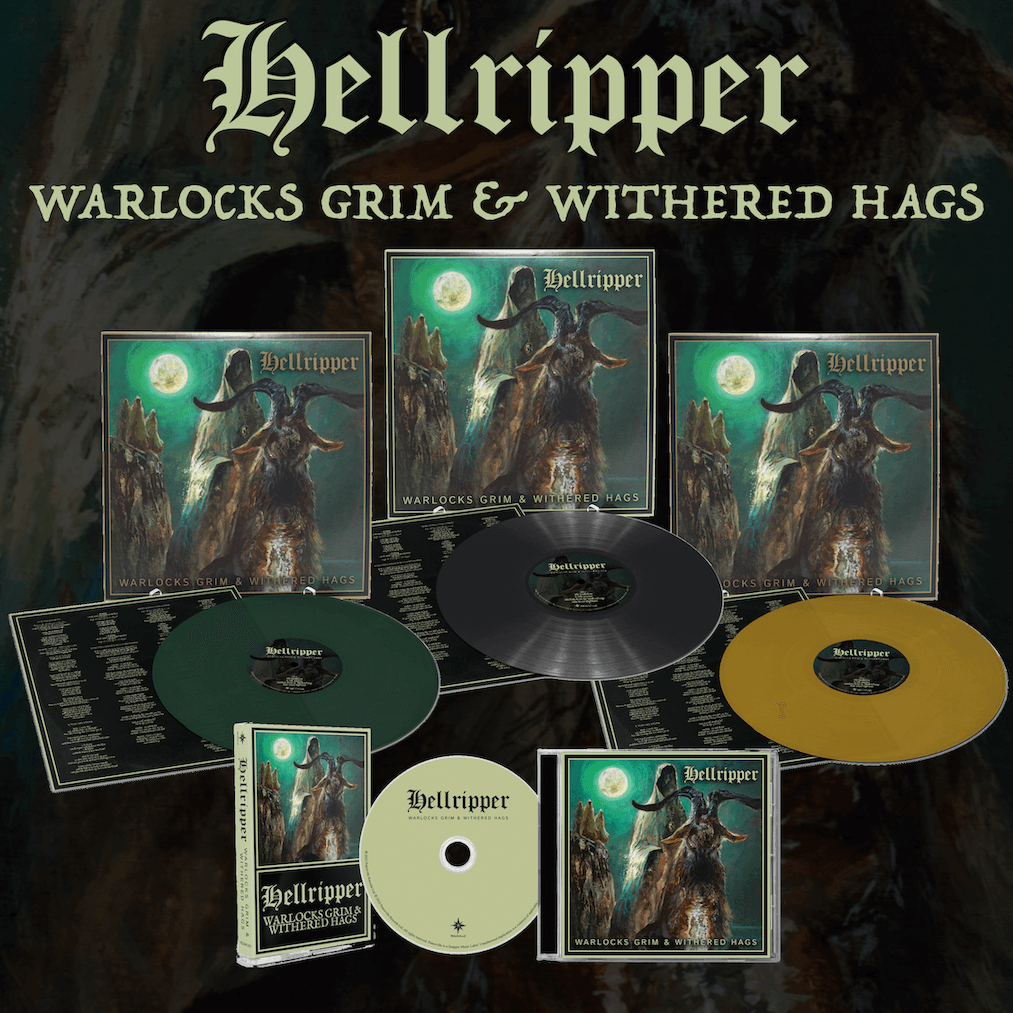 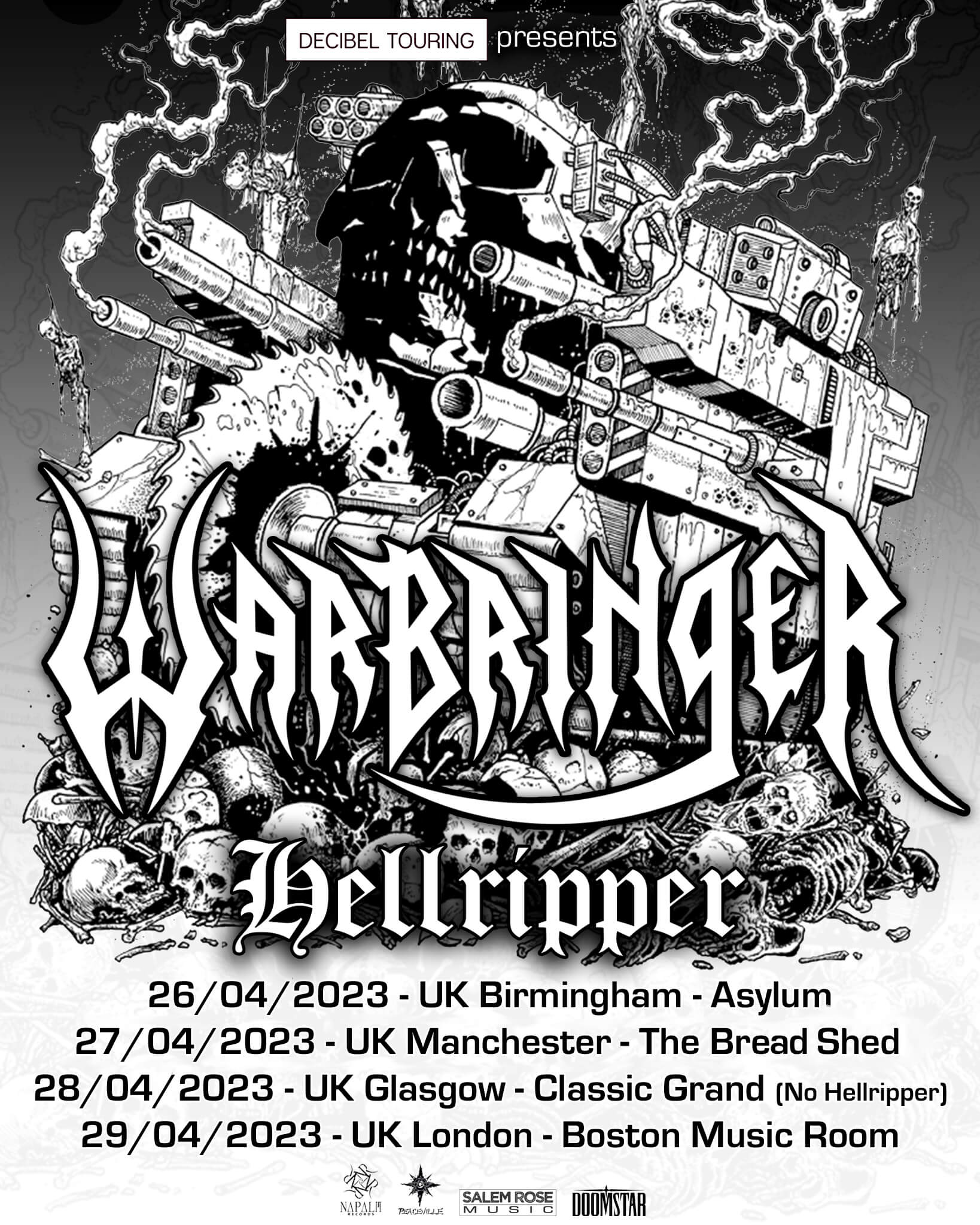 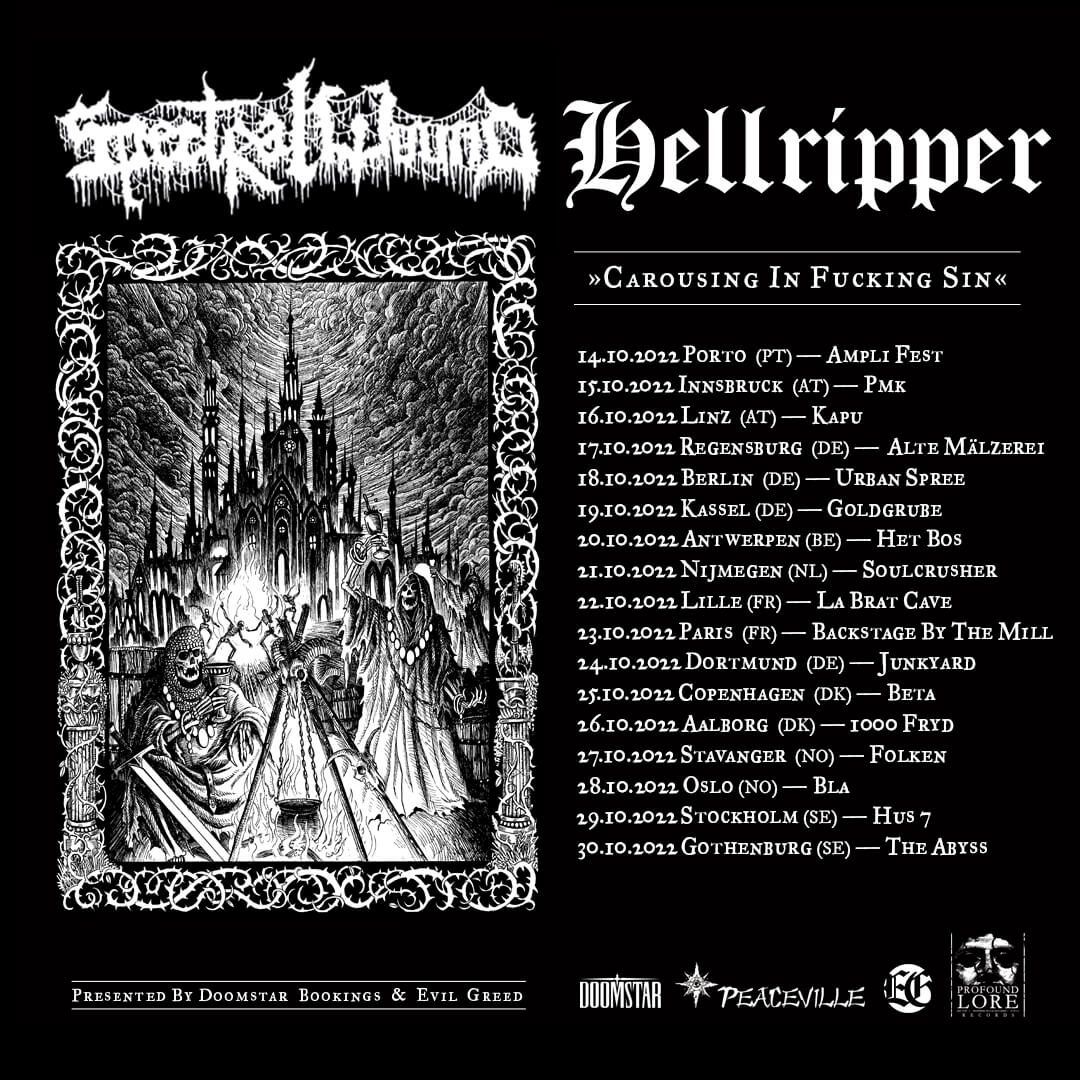 Hellripper, aka James McBain have announced they will be returning to European stages this coming October. They’ll share the stage with the ferocious blacken metal of Montreal Quebec’s Spectral Wound

McBain comments on the co-headliner “We’re very excited to be heading back over to mainland Europe for the first time in 3 years, as well as playing in Scandinavia for the first time! What makes it even better is that we will be doing it alongside one of the best bands in metal right now! Be there and hail the goat!”

Hellripper will be joining GAMA BOMB on their 20th Anniversary tour starting on Friday 15th July in Plymouth!

James McBain checks in “I’ve been a fan of Gama Bomb since around the release of ‘Tales from the Grave in Space’ and they are an important band that helped shape my music taste and love for thrash, so I’m very grateful to them for inviting us out for these shows!”

Tickets for all shows are on sale now 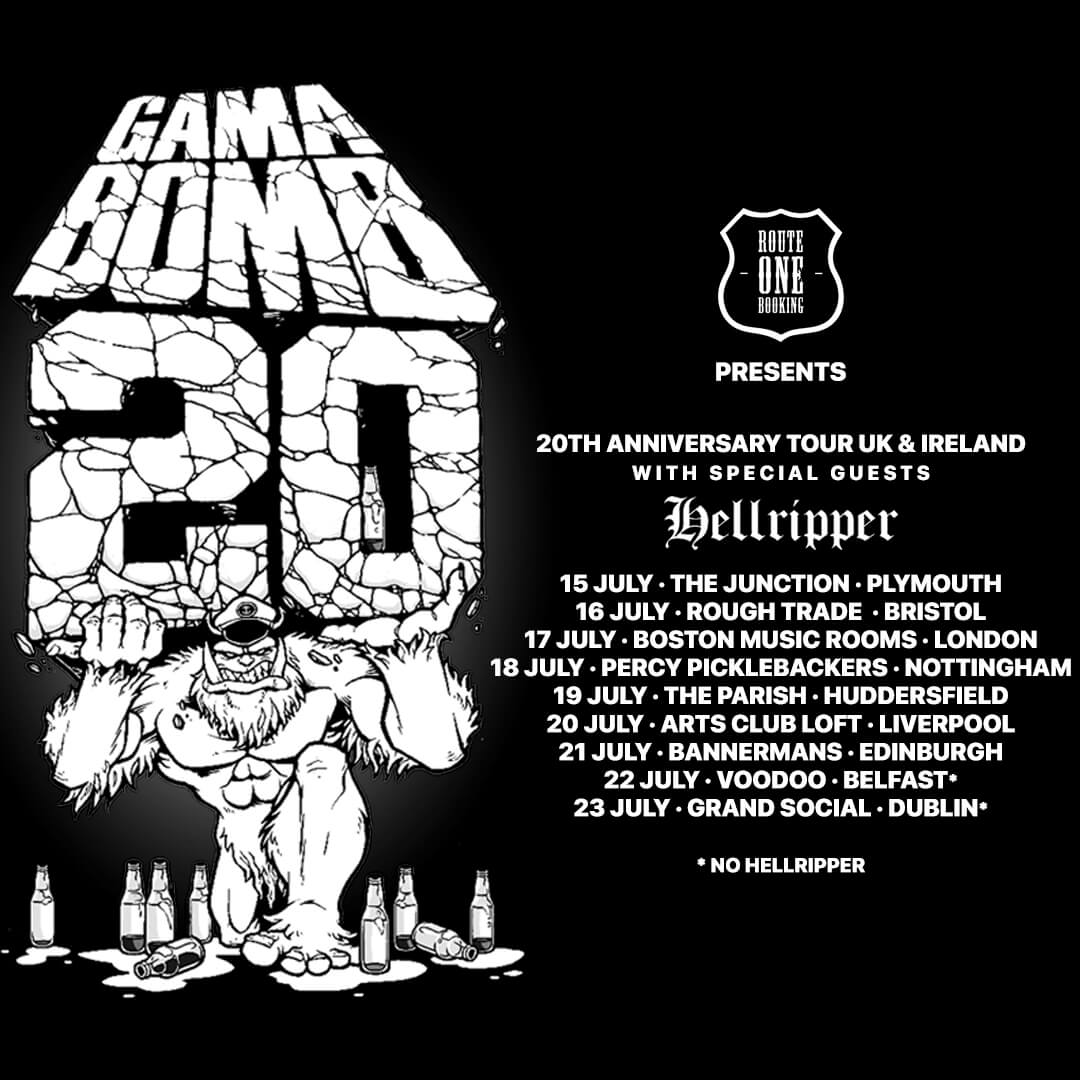 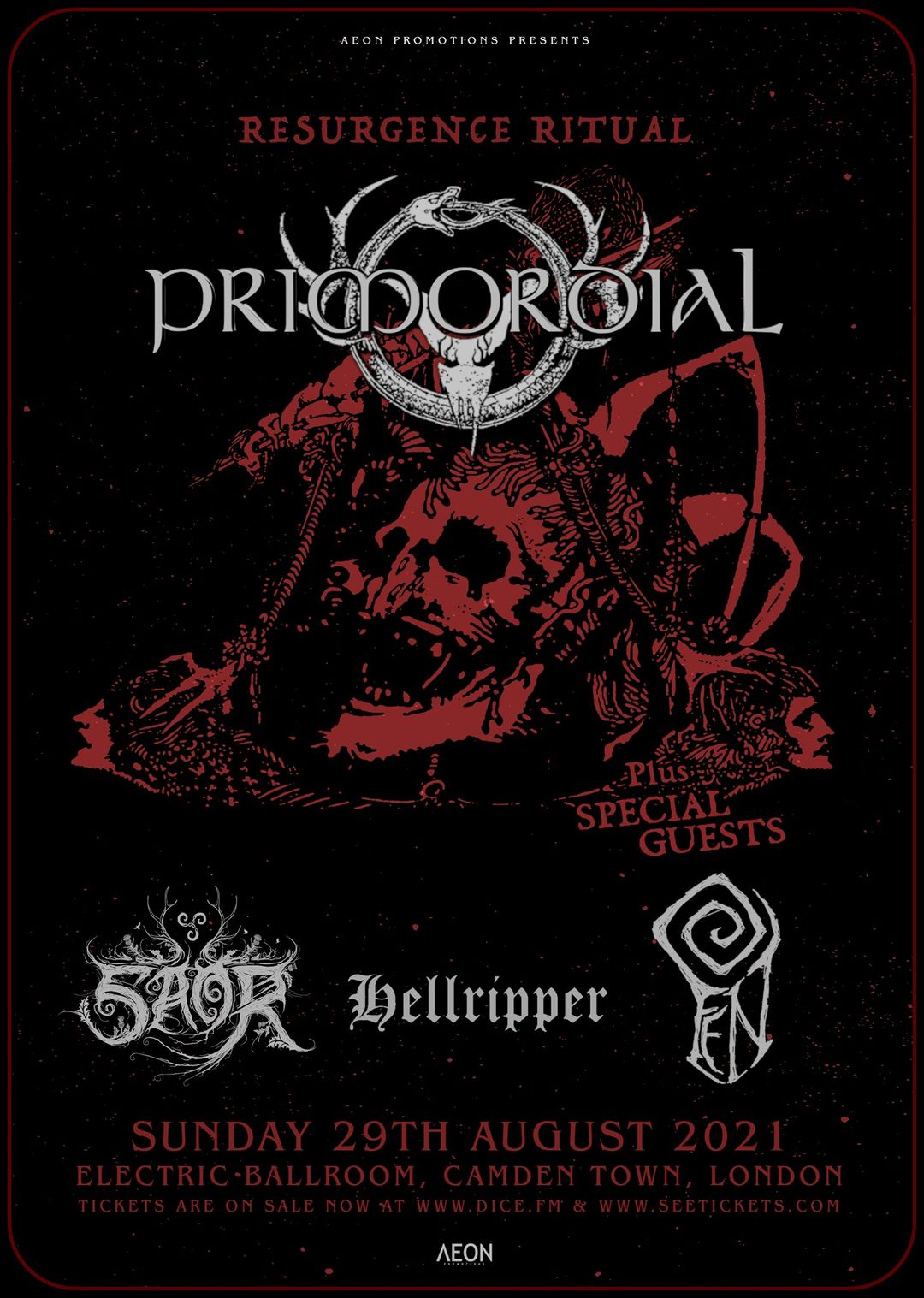 Hellripper have announced the have been added to the bill of “Resurgence Ritual” show in London on August 29th alongside Primordial, Saor and Fen – tickets on sale now

James McBain comments “Feels weird to be announcing something, but we’re very much looking forward to returning to London and playing our first show in what will be around 18 months (at the last venue we played as well!) as part of a killer line-up!”

HELLRIPPER RELEASE NEW SINGLE “THE AFFAIR OF THE POISONS” 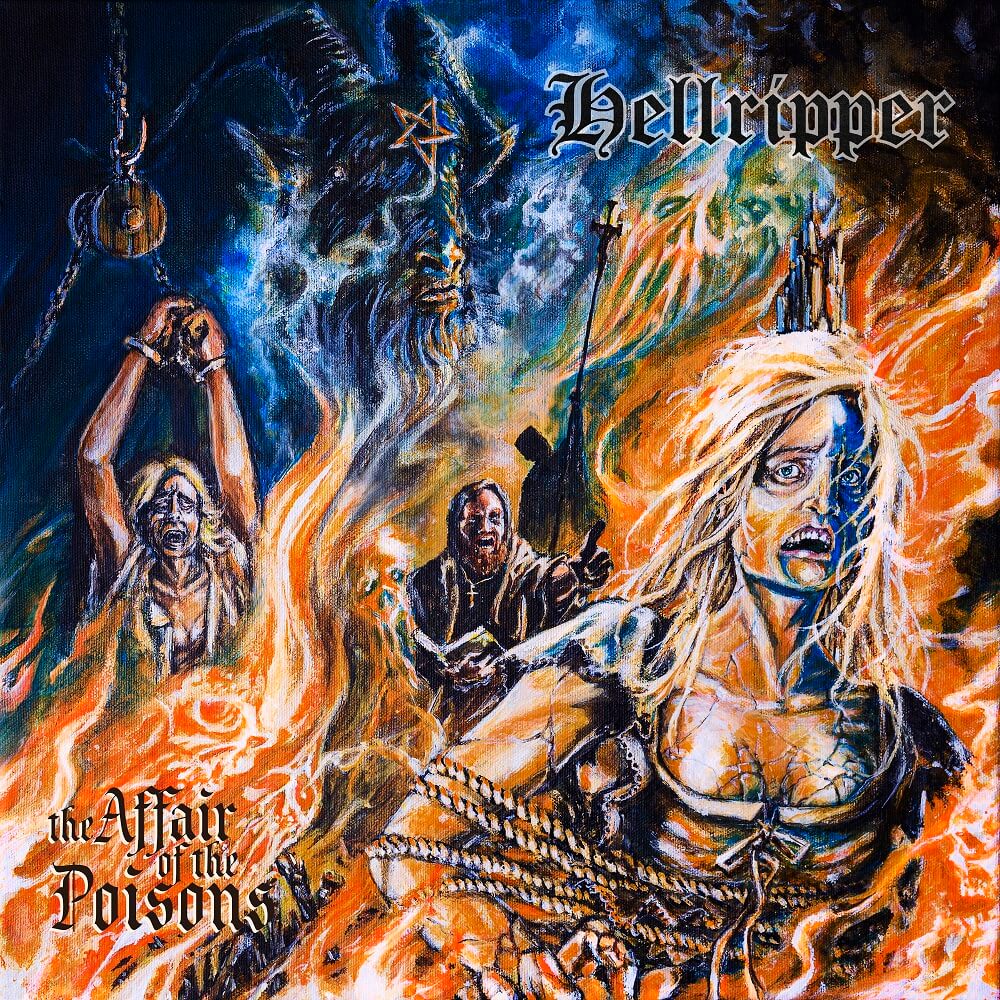 Hellripper have revealed details of their upcoming new studio album The Affair Of The Poisons scheduled for release on 9th October 2020.

Hellripper, aka James McBain, based in the Scottish Highlands, says of their forthcoming epic “‘The Affair of the Poisons’ contains the mixture of thrash/black/speed metal and punk that Hellripper has become known for, but this time I feel that the end result is more cohesive. Some of the tracks are more straight-forward while others contain some twists and parts that are new to the Hellripper sound. As always, the whole writing and recording process was done at home by myself, with a few friends of mine contributing some additional vocals and lead guitar parts. The album was mixed by myself and was mastered by Brad Boatright at Audiosiege who did an amazing job.

Lyrically, the album’s themes primarily revolve around witchcraft and the occult, with some tracks being based on historical events (‘The Affair of the Poisons’, ‘Beyond the Convent Walls’) and Scottish legend (‘Vampire’s Grave’).

Skadvaldur did an excellent job, as he always does, of creating a piece of artwork that both represents the album’s themes, as well as being a somewhat of a homage in style to the old B-horror movie posters that inspired a few of the album’s tracks.”

Hellripper has been fast gaining a reputation for whipping up an infectious storm of blackened speed metal greatness in the spirit of old and are one of the most electrifying young, up & coming metal acts in the scene today.

Inspired by the likes of the old-school legends including Venom, Kreator, Sabbat [JPN] and Metallica, McBain formed Hellripper in 2014 and with the release of the debut EP The Manifestation of Evil shortly after, the band were already making a very clear mission statement… Total fucking mayhem!

Peaceville Records are extremely excited to announce the signing of Hellripper to the label; one of the most electrifying young, up & coming metal acts in the scene today. 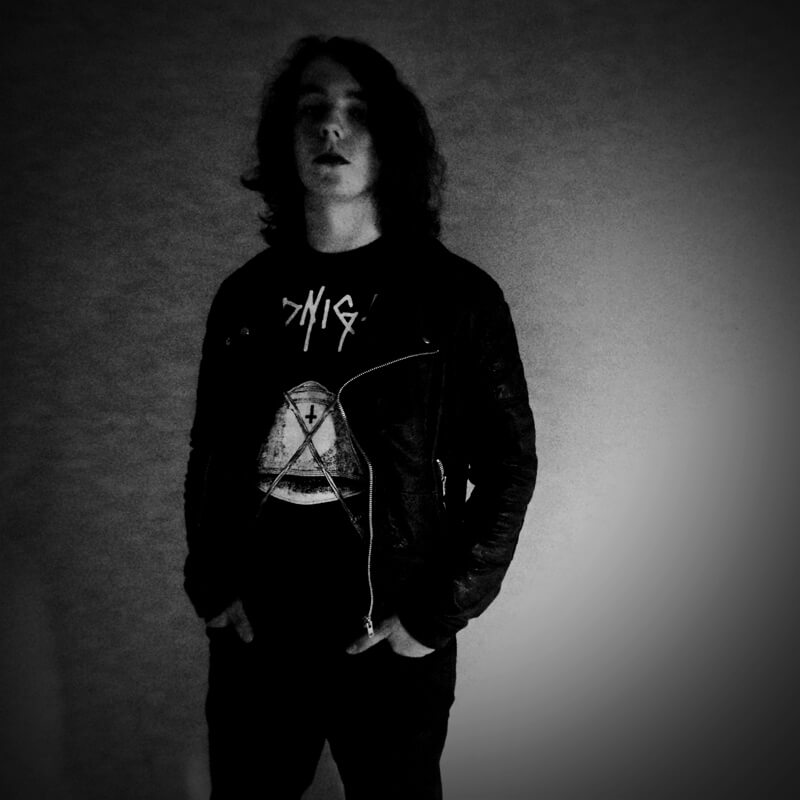 Hellripper, aka James McBain, based in Aberdeen, Scotland, is fast gaining a reputation for whipping up an infectious storm of blackened speed metal greatness in the spirit of old.

With the new studio album from Hellripper scheduled for release on Peaceville for early 2020, James comments on the signing and updates on how the new album recording is progressing “I am honoured to be part of such a legendary label alongside Darkthrone, Autopsy and Bloodbath to name just a few. It means a lot to me personally as some of the first metal CDs that I bought as a kid were released on Peaceville.

It’s ridiculous how far Hellripper has come in such a short time and to be recognised by a label of this calibre is amazing. I believe that Peaceville are the right people to be working with as they understand and respect Hellripper’s sound and the ethos behind it. The creative and recording process has remained the same as it has always been for this album and hopefully you will all enjoy listening to it as much as I have enjoyed making it.”

Inspired by the likes of the old-school legends including Venom, Kreator, Sabbat [JPN] and Metallica, McBain formed Hellripper in 2014 and with the release of the debut EP The Manifestation of Evil shortly after, the band were already making a very clear mission statement… Total fucking mayhem!