A BLAZE IN THE NORTHERN SKY

DARKTHRONE & PEACEVILLE MARK THE 30 ANNIVERSARY OF THE ICONIC “A BLAZE IN THE NORTHERN SKY” WITH A STRICTLY LIMITED-EDITION SPECIAL ANNIVERSARY LP, NUMBERED AND SIGNED IN A HANDMADE SLEEVE 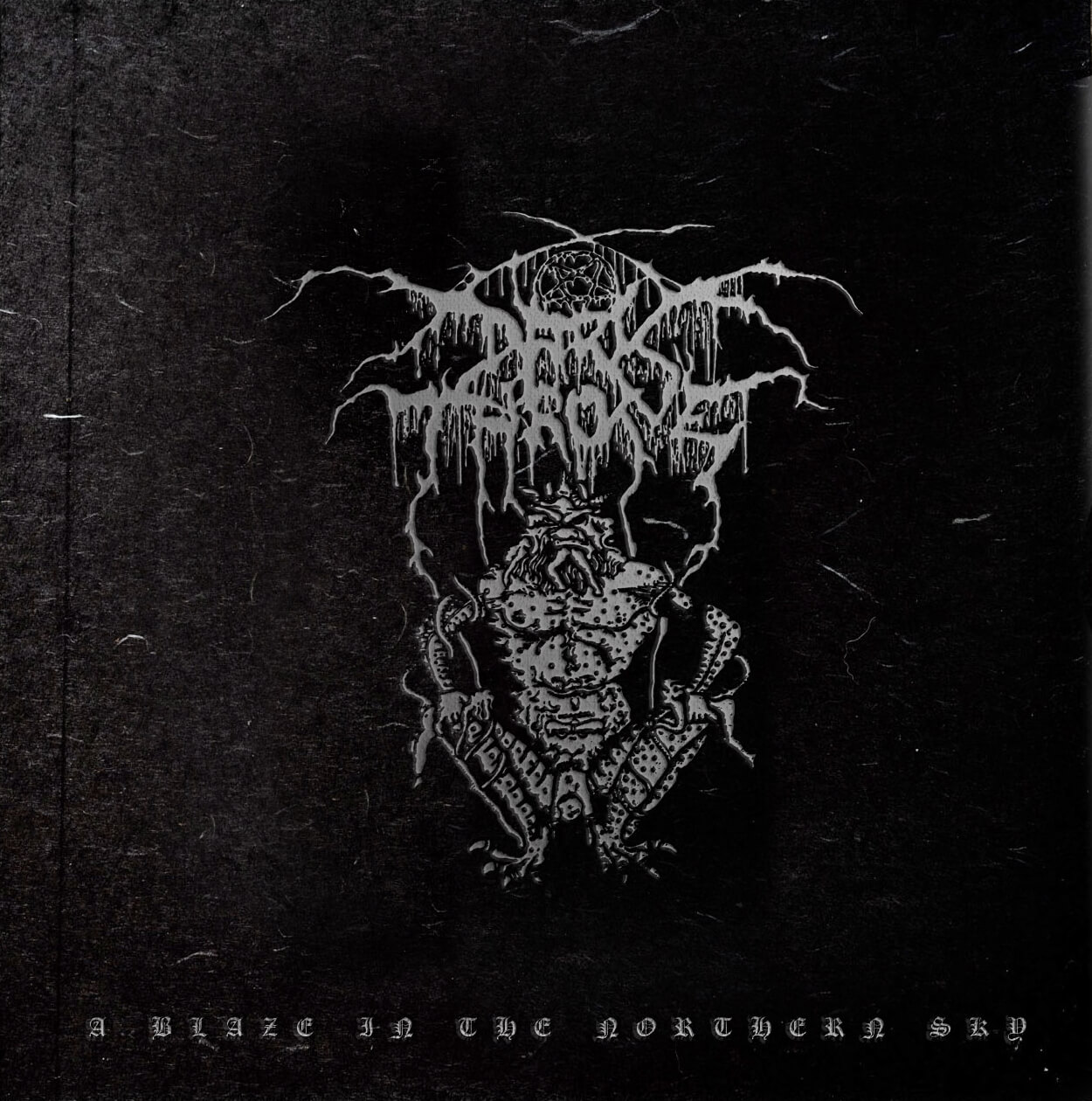 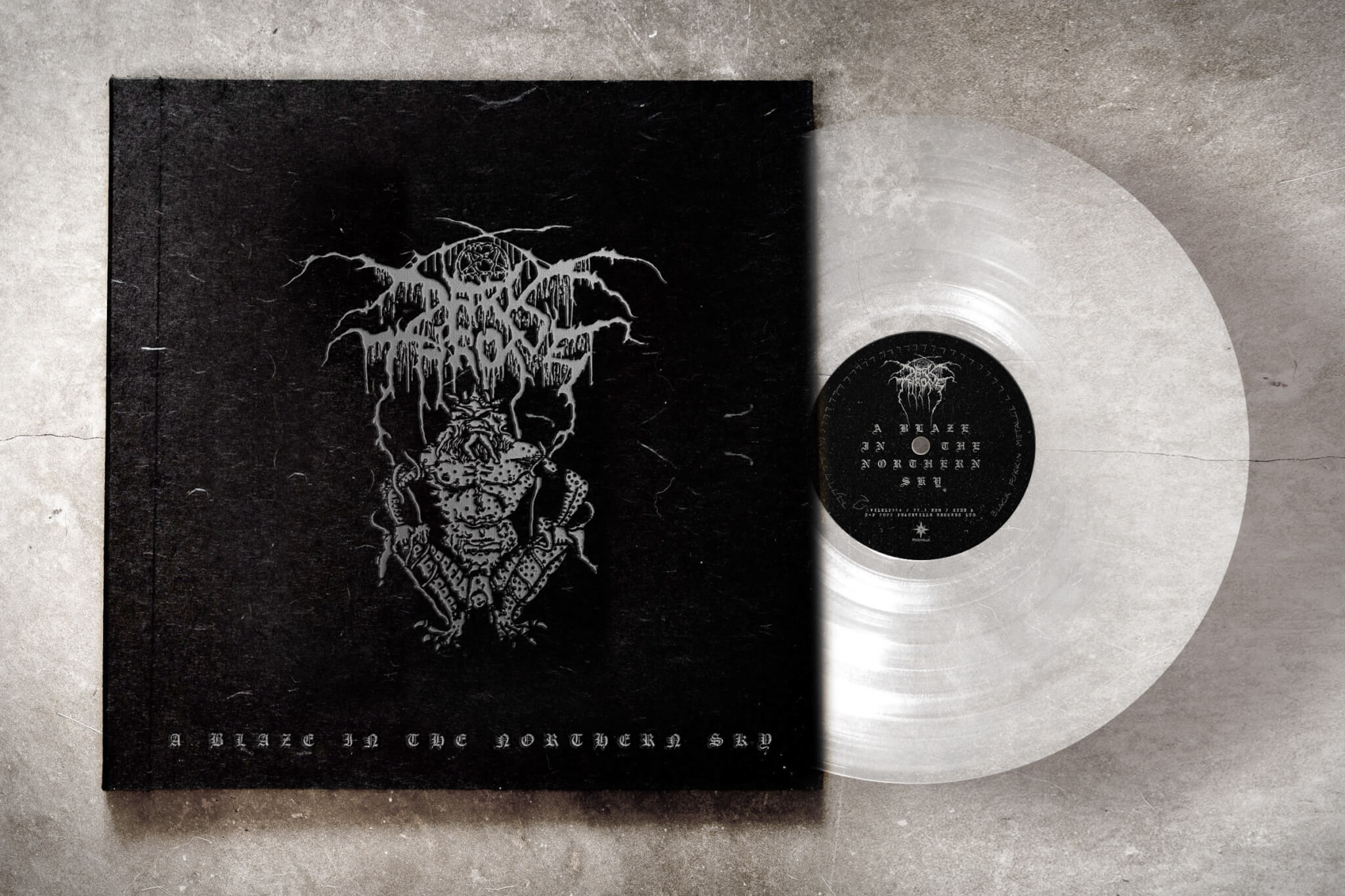 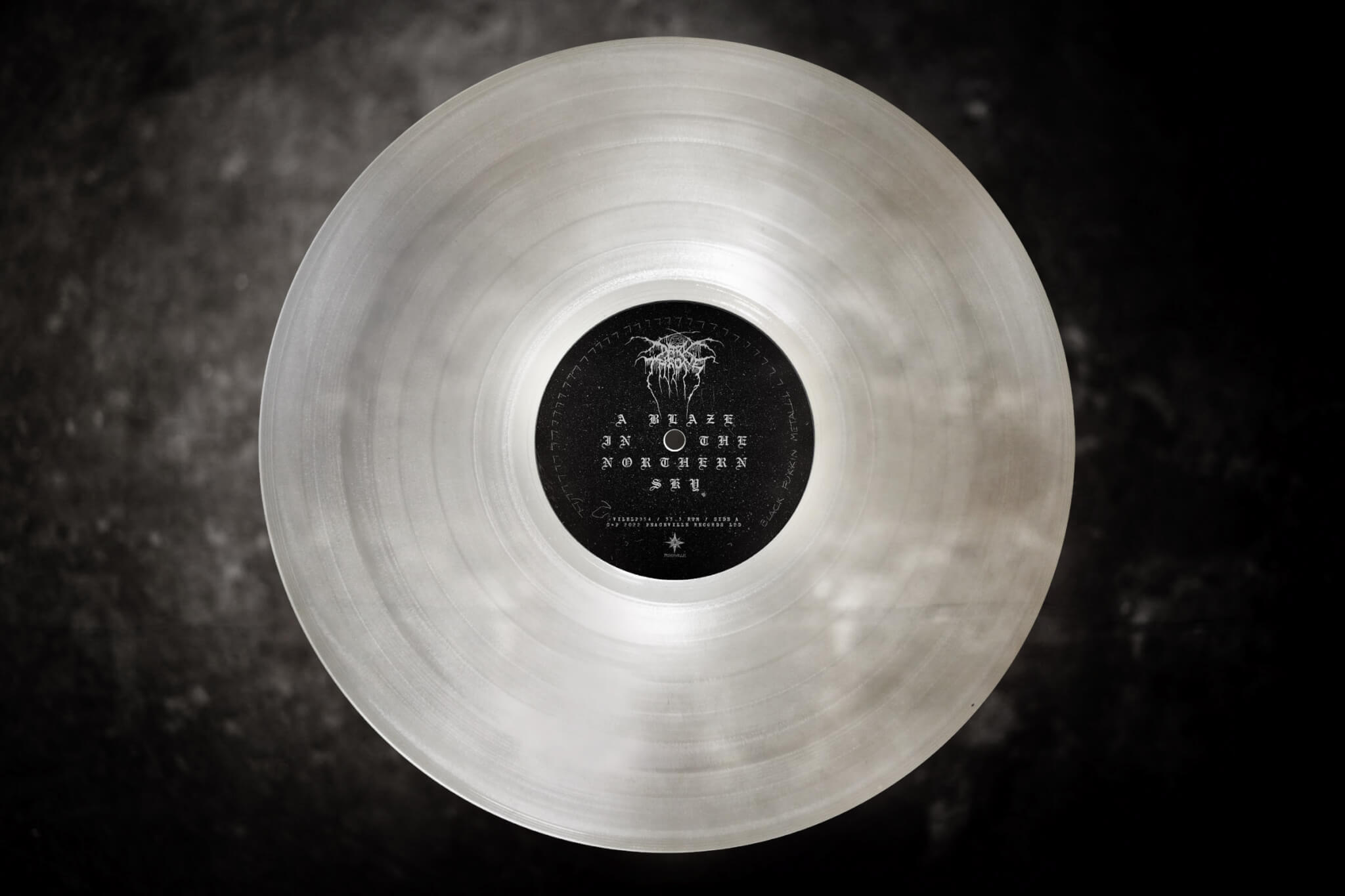 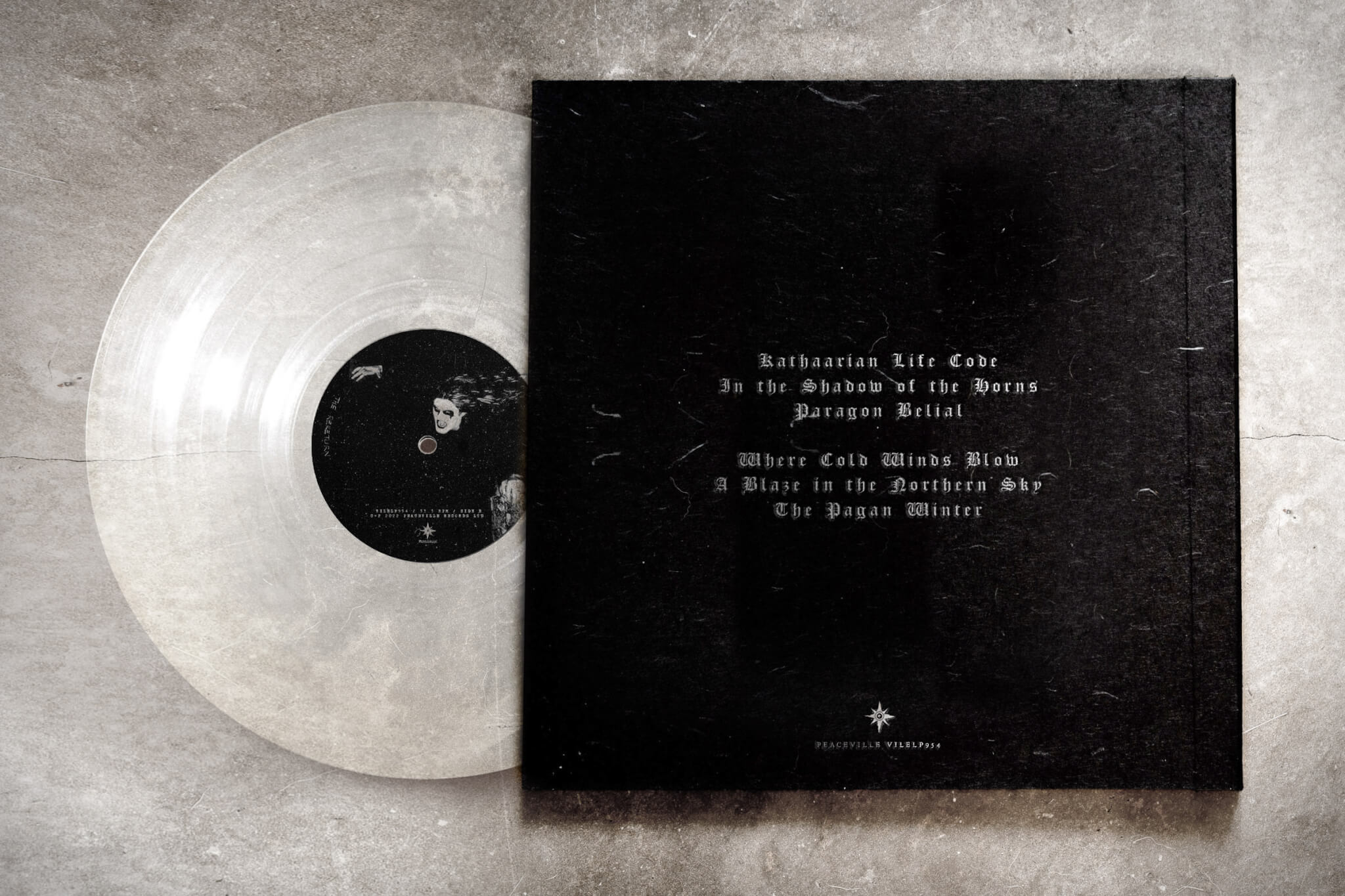 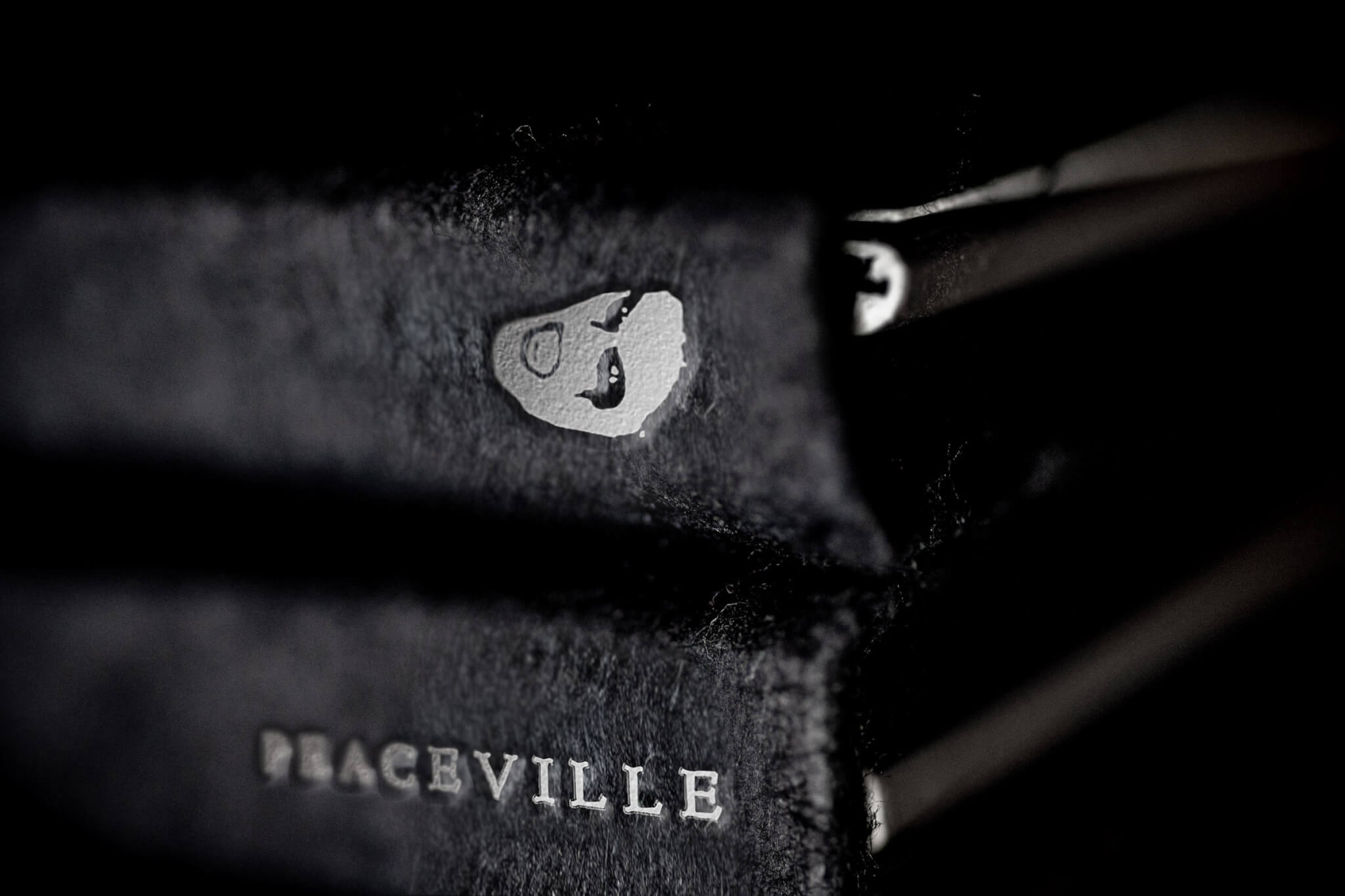 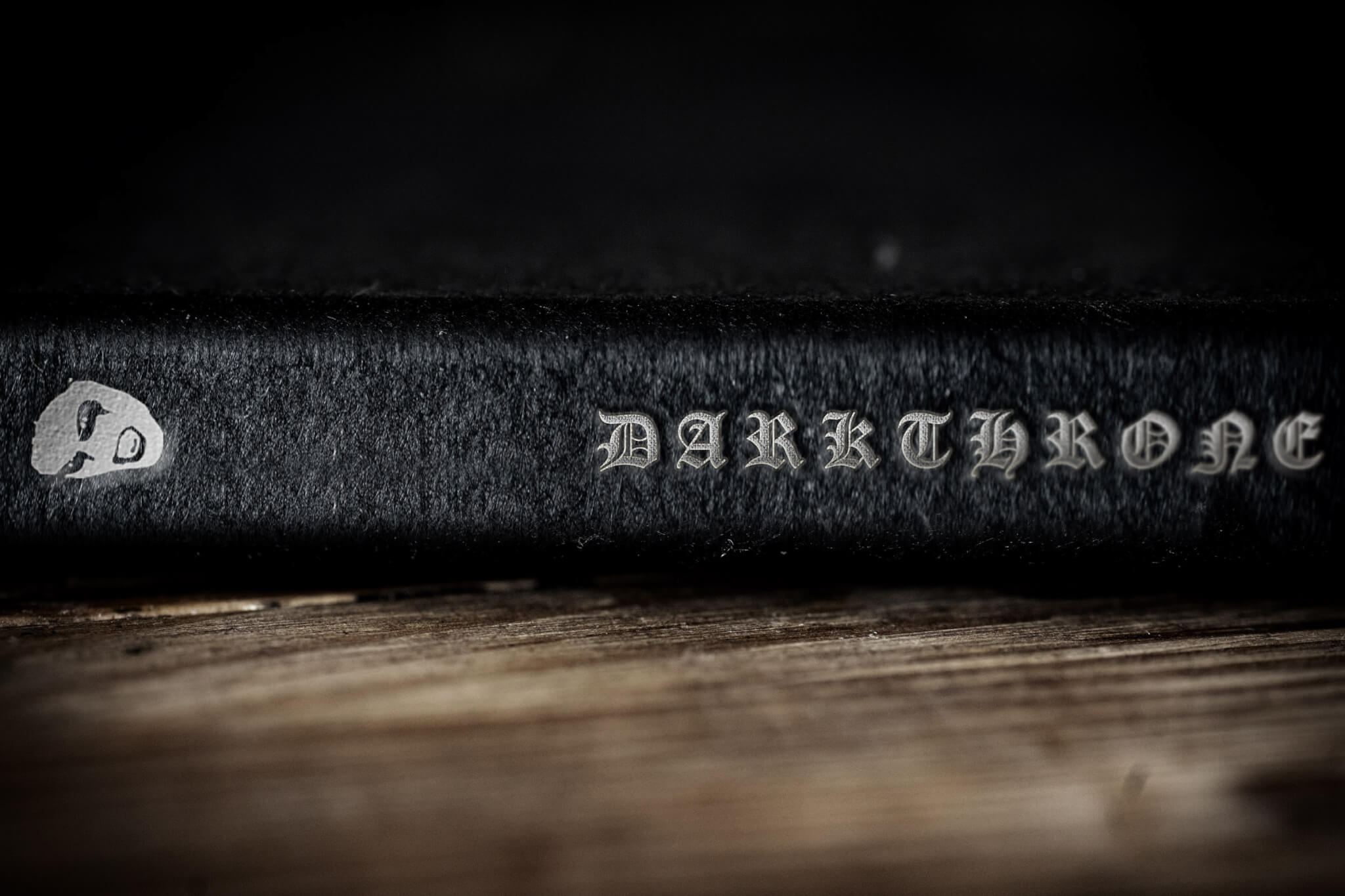 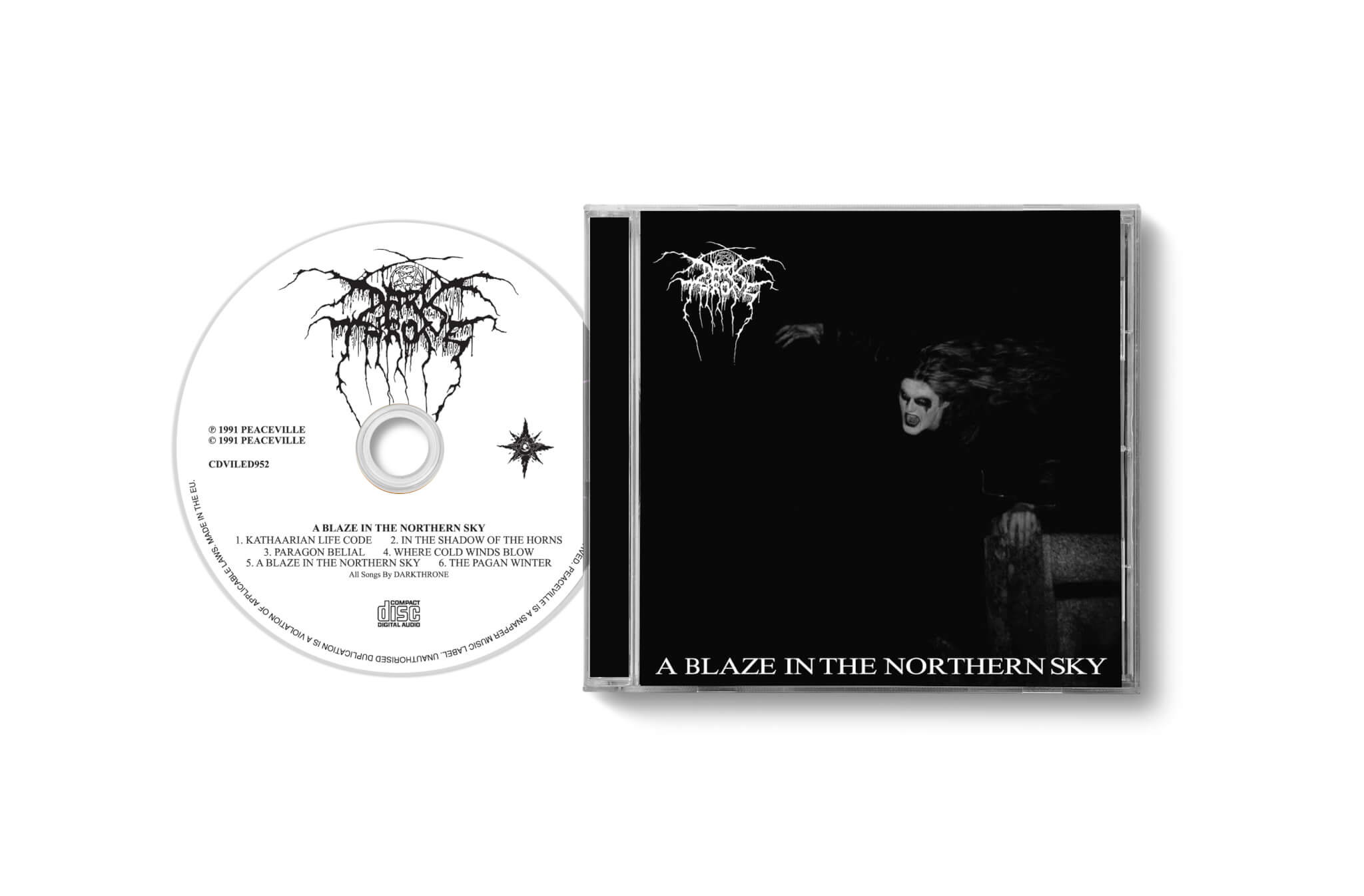 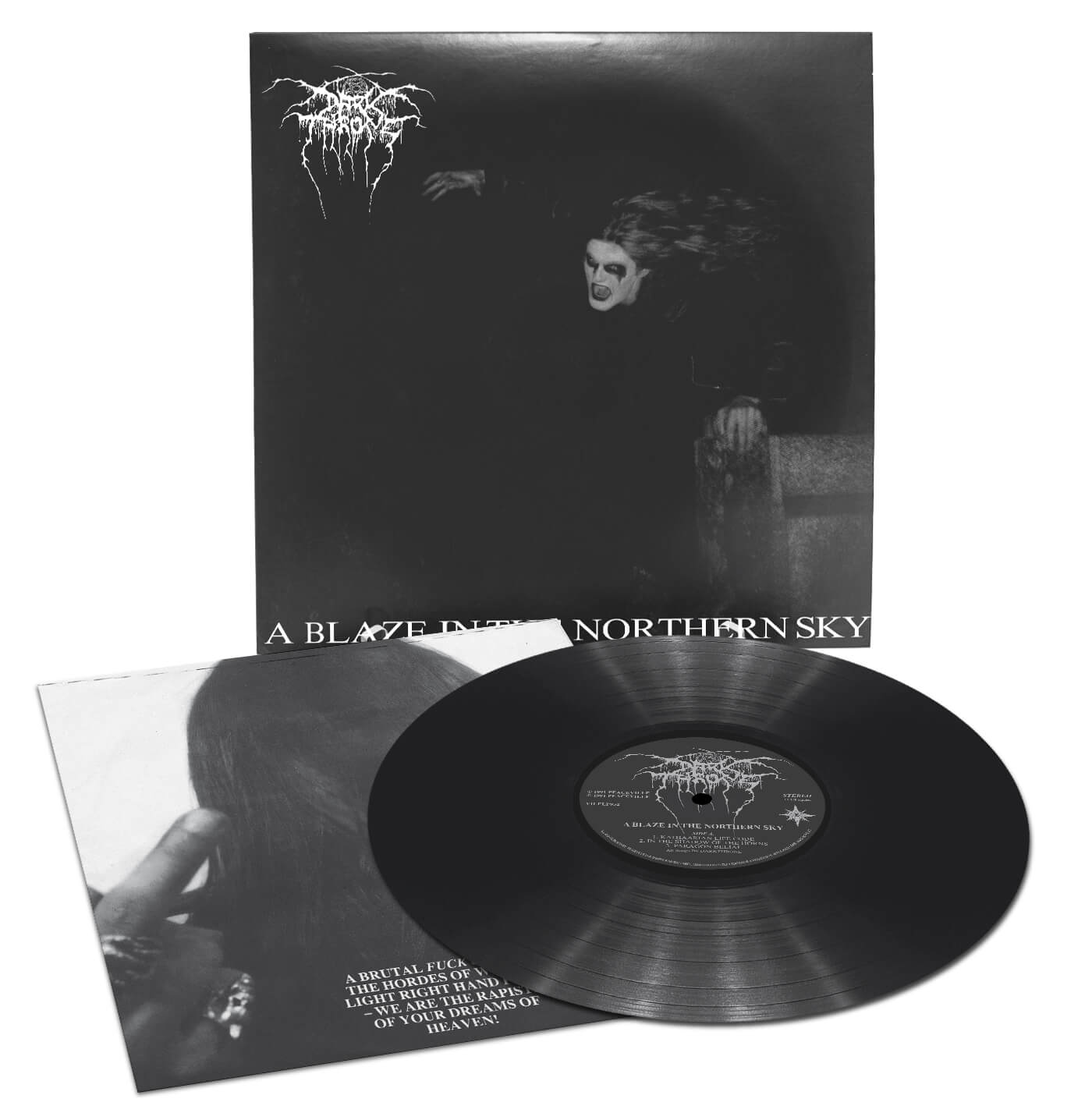 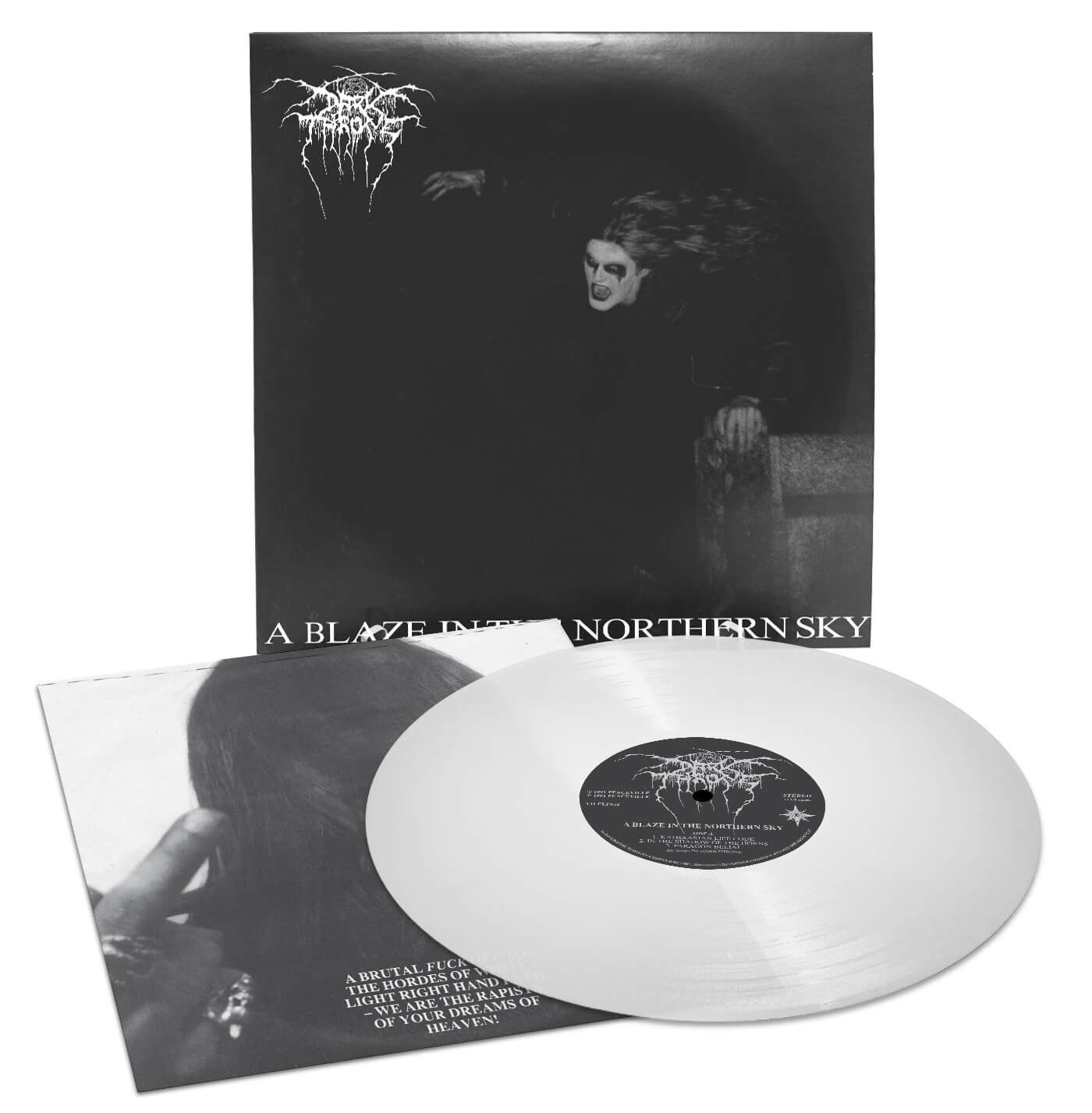 “A Blaze In The Northern Sky” Tracklist:

Darkthrone & Peaceville are marking the 30th anniversary of the iconic “A Blaze In The Northern Sky” with a strictly limited-edition – 666 copies only – special anniversary clear vinyl LP, special handmade sleeves courtesy of Bartek Rogalewicz at Lodge.Black Temple. All 666 numbered copies will be hand-signed by Fenriz and Nocturno Culto. This edition also contains a refresh of the original 1992 audio master.

’A Blaze In The Northern Sky’, Darkthrone’s official second album, was originally released in 1992 and was without question the blueprint for the Black Metal scene, spearheading the evolution of the early second wave movement in Norway & beyond. It was hailed on release as an album of true scene-shifting greatness, following their more death metal focussed debut, ’Soulside Journey’.

The rawness apparent on the album (recorded at Creative Studios, the same location as Mayhem’s legendary Deathcrush was put to tape), was unusual for the time and an antithesis to the usual metal production values & standards during the period. With this, Darkthrone’s statement of attitude & intent was clear, and their status as masters of Norwegian black metal was set. 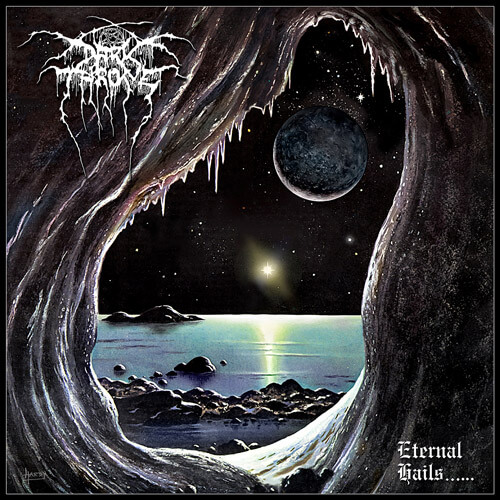 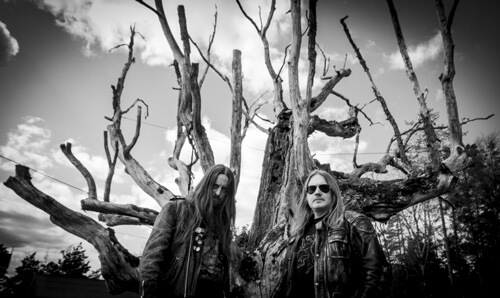 Eternal Hails will be available on the following formats:

As the legendary John Peel once said of The Fall, “Always different, always the same,” so too one could say the same of Darkthrone. Things change, times change, people change, and yet even when sounding fresh and new and delivering just five tracks in 45 minutes on their 19th album, Eternal Hails, the Norwegian black metal legends remain defiantly and eternally Darkthrone.

Since forming in 1986 as Black Death in Kolboton, Norway, Darkthrone have been masters of their art. Dropping the death metal of 1991’s Soulside Journey debut album in favour of a more primitive, black metal sound on the following year’s A Blaze In The Northern Sky, they helped define black metal in the ‘90s through albums like 1993’s Under A Funeral Moon and its follow-up Transilvanian Hunger. Truly, though, Darkthrone remain unique, even in their own canon.

On Eternal Hails, the longer, doomier songs reflect drummer Fenriz’s love of doom, taking their time to make their point. For Fenriz, what he and co-conspirator Nocturno Culto have concocted stretches back even further than discovering black metal, to the sounds of the ‘70s and the more freewheeling sounds of bands playing with more expansive themes. This didn’t just make the songs longer, it made them an entirely different beast from the ground up. “When I was a kid growing up with metal I kept looking for bands with long songs. Black Sabbath had many, and Celtic Frost’s ‘Dawn Of Meggido’ had a long song, so I put that on in the record store and discovered another dimension of metal. Candlemass’ ‘Epicus Doomicus Metallicus’ had only long songs, so I think I bought that without even listening, and it was one of my best buys ever – an eternal inspiration for my entire career..”

“For us it has become a bit logical, hard to explain, but you get to build up for a different kind of listening,” says Nocturno Culto. “A three-minute song is nothing we think of at the moment. We like it this way. For now.”

Even a change of studio hasn’t really changed anything in Darkthrone’s DNA. Having recorded all albums since 2004 using their own Necrohell II studio – a portable 8-track recorder housed in an old bomb shelter, itself a replacement for the original Necrohell 4-track used for Transilvanian Hunger and Panzerfaust, until it became “too necro” and broke – for Eternal Hails the band went to Chaka Khan Studio in Oslo for the first time.

In a world changing too fast for anything to stick, Darkthrone are both able to stay fresh, but also reassuringly reliable. And no matter where they record, what they do or what gear the use to do it – Fenriz actually ended up using a drum kit belonging to Carmine Appice when he was in Rod Stewart’s band this time around – this, it seems, will never and can never change.

As Fenriz himself puts it, “No matter what happens we will still sound like us, it seems!” 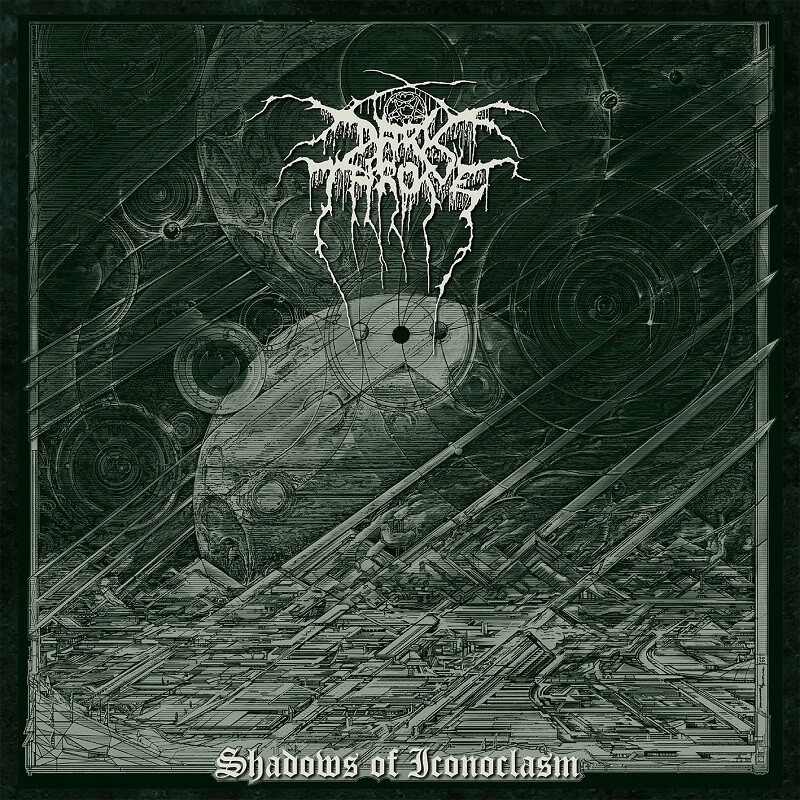 Order/ save Shadows Of Iconoclasm

This deluxe set marks the formative years of one of Norway’s finest & most celebrated metal exports, as well as highlighting the 30th anniversary of their ground-breaking debut opus Soulside Journey, this extensive vinyl and cassette boxset contains the full early works of the band, much of which sees a release for the first time, including restored material courtesy of Patrick Engel at Temple of Disharmony. From humble beginnings to revered gods of metal, Shadows of Iconoclasm unfolds the band’s early journey towards greatness.

The special cover artwork for this set is inspired by the early works of the band & comes courtesy of notable artist Zbigniew Bielak.

This box set has been compiled and curated with the band and features content from their personal archives – Fenriz comments “We only had a few months to write what would become ‘A Blaze in the Northern Sky’ and we had to blacken up a whole song from the ‘Goatlord’ session, and here and there on ‘A Blaze…’ you can hear a few riffs from ‘Goatlord’. Ironically I ended up listening way more to the ‘Goatlord’ album than I ever did with ‘A Blaze in the Northern Sky’. Maybe because ‘Goatlord’ feels super-real to me and I want to thank Patrick Engel for cleaning up the rehearsal sound without manipulating it much.”

He continues “The real sensation in this box is the live performance from Bootleg Stage Oslo 1990, soundboard sound with live performances of several of the tracks from our Goatlord album, I was so stoked when I discovered this (and no, I never had this on video myself so it was the first time I heard the audio now after over 30 years and it made me very happy. It was a non-alcoholic stage but we were pretty wasted too!)”

SHADOWS OF ICONOCLASM is OUT NOW. 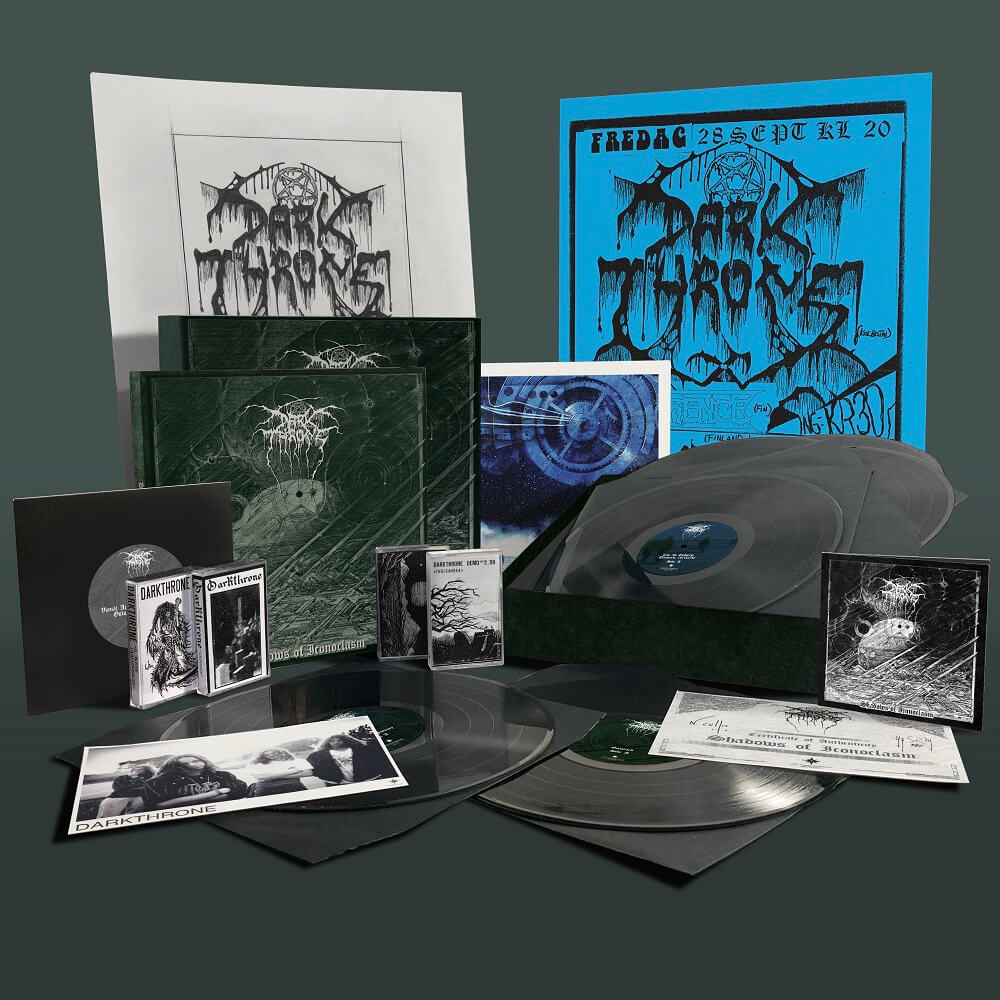 • 60 page book with a large collection of band photos, plus text covering the early years of the band as featured in the ‘Black Death & Beyond’ book, including additional text for this release, plus bonus chapters compiled from rare Darkthrone titles