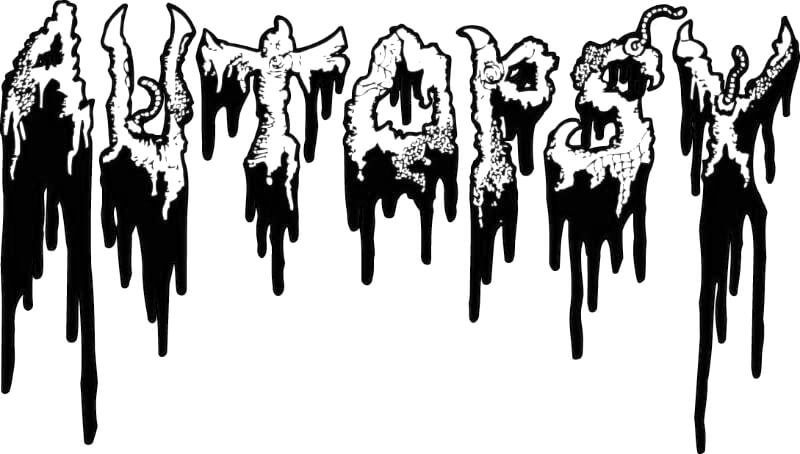 MEET AUTOPSY’S NEW BASS PLAYER – GREG WILKINSON
Autopsy have announced that Greg Wilkinson has joined their ranks “We’re excited to announce that Greg is the madman joining us provide the four string thunder for Autopsy! He’s a good bud of ours and we are well acquainted with his crushing musical skills. We know you’re going to be as stoked with our choice as we are. Give him a nice big welcome, will ya? 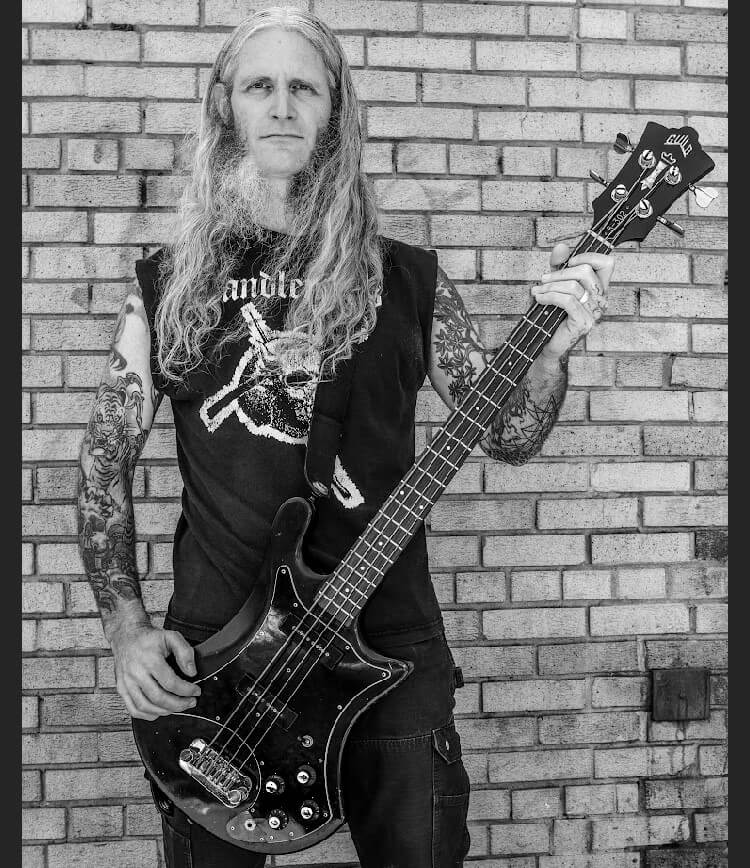 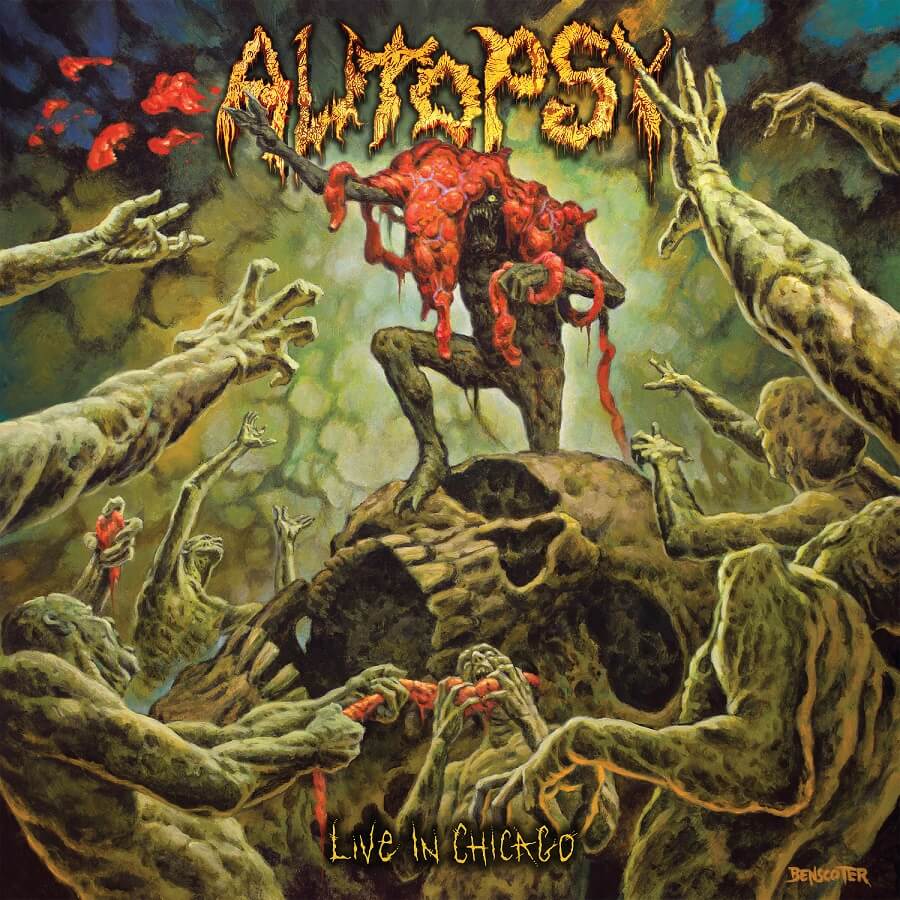 “Live, loud, raw and ugly! Autopsy lays waste to the stage and assaults the crowd with classic death metal brutality”.

Out now and just in time for Halloween, Autopsy will release their first ever official live album – Live in Chicago.

The show was recorded this year just ahead of lockdown on 7th March at Reggie’s Rock Club, in Chicago, and contains 66 minutes of classics spanning their whole 30+ year career of the death metal legends.

Chris Reifert remembers the show fondly “We feel extremely lucky to have played this show, we got home from the trip and about a week later our home cities were all in lockdown. It was our 4th time playing Reggie’s and it is one of our favourite places. It was really a perfect trip. The flights were easy, we were all in a great mood, we played with killer bands, ate great food, saw old friends of ours and weed had just become legal in Chicago to boot. Plus we love the crowd there. They just want to come down, drink beer and have a kick ass metal time. The whole trip was a 10 out of 10 for us. I’m glad we didn’t know what was coming because that would have definitely dampened the festive atmosphere.”

The release also notably includes the brand new track “Maggots in the Mirror”, giving fans something to chew on while the impending next studio release takes shape. Due to recent & unforeseen global events, this stands as Autopsy’s only gig of 2020, out of what was intended to be a string of several appearances. Luckily the show was professionally recorded, unknowing of what was about to follow.

With mixing carried out by Adam Munoz, notable for his work on Autopsy’s studio albums, Live in Chicago captures Autopsy in all of their ferocious, gory glory, with artwork once again conjured from the masterfully warped mind of Wes Benscoter (Slayer, Nile, Kreator).

US Gods of sickness Autopsy formed in 1987 in San Francisco & was among the early breed of death metal bands to emerge, releasing 4 albums on Peaceville before disbanding in 1995. After a 15-year hiatus, Autopsy officially returned from the grave with the 2010 EP, The Tomb Within. This was followed by the release of the band’s fifth studio album, Macabre Eternal in 2011, spearheading a resurgence of the legends with multiple subsequent albums and EPs.

Live in Chicago will be released on CD, a gatefold double vinyl black LP and digitally

Plus a split 7″ with label mates Bloodbath

“A deformed sonic journey awaits that will make your flesh crawl and your speakers puke”. 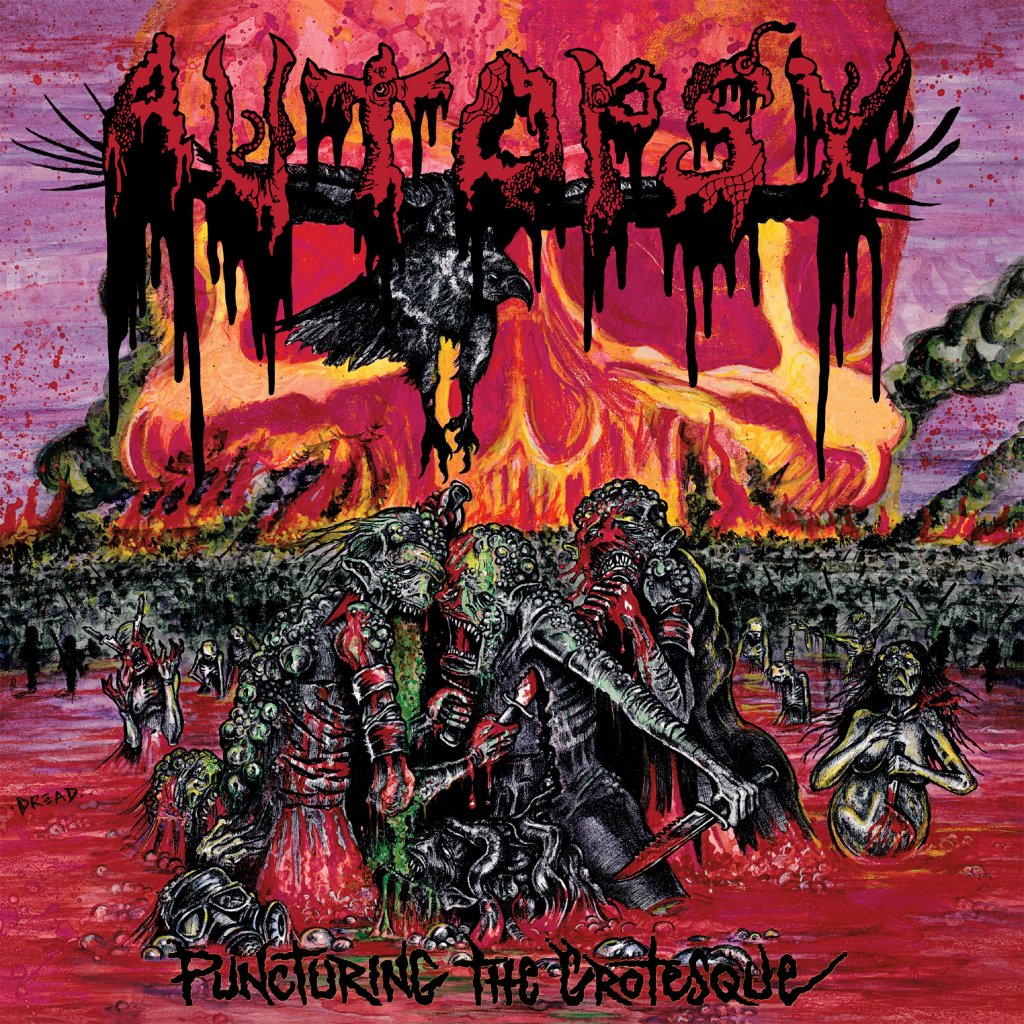 Marking 30 years of depravity, the highly influential US death metal pioneers return with the Puncturing the Grotesque mini-LP, containing 7 tracks of blistering sickness, and their first new material since the pulverising Skull Grinder.

Puncturing The Grotesque features a high-octane version of the none-too-subtly titled ‘Fuck You!!!’, originally known from 80’s West Oakland act Bloodbath (which once featured current guitarist Danny Coralles). Bloodbath US was a large inspiration for Autopsy in their formative years.

Of the 30th anniversary of Autopsy, mainman Chris Reifert comments:
“30 years of Autopsy…how the hell did that happen? Seems like just yesterday but somehow a million years ago that a couple of degenerate teenagers formed this beast that still lumbers and lurches around the confines of the studio and the expanse of the world itself. It’s hard for us to believe too. Just don’t think we’re letting you out of the audio noose yet….we still have some of our sickest tricks up our sleeves for your horrific pleasure!”

One of the early breed of US death metal acts, Autopsy formed in 1987 in San Francisco, & released 4 albums on Peaceville Records – beginning with the classic debut Severed Survival in 1989 – before disbanding in 1995, with members going on to form Abscess. Autopsy triumphantly and officially returned from the grave after a 15-year hiatus with the 2010 EP, The Tomb Within. This was followed by the release of the band’s fifth studio album, Macabre Eternal in 2011, to great acclaim, and the band has subsequently remained at the top of the death metal pile since. The full legacy of Autopsy was also recently extensively documented in the book/set After the Cutting. 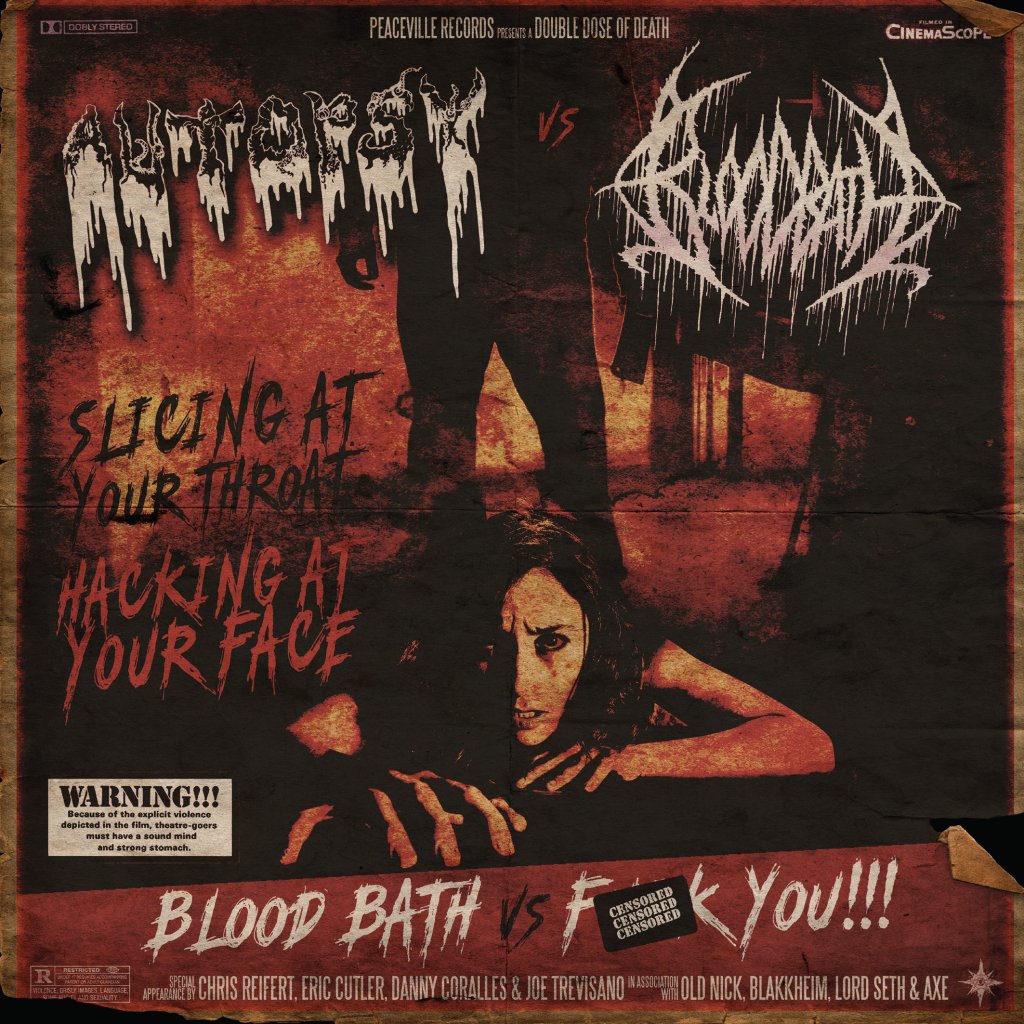 In addition to the mini album there is a special treat for fans of the grotesque – As part of the ongoing 7” series marking 30 years of Peaceville comes a new vile treat in the form of a double feature from two titans of death metal – Autopsy have teamed up with the Sweden’s kings of gore Bloodbath to create a limited edition split 7”.

Autopsy present a high-octane version of the none-too-subtly titled “Fuck You!!!“, originally known from 80’s West Oakland act Bloodbath (which once featured current guitarist Danny Coralles). Bloodbath US was a large inspiration for Autopsy in their formative years, and the track is presented here in an exclusive alternate version to that featured on new MLP, Puncturing the Grotesque.

Bloodbath bring us their own nod to the past and inspirations, in the form of a relentless rendition of the Cancer classic, “Blood Bath“, recorded specially for this release, and giving a clear indication as to where the seeds of their own path to masterful brutality were sown.

AUTOPSY – “”Fuck You!!!” is a cover song of a cover song….and the only song we’ve ever considered covering. Eric and I loved the version that Danny’s old band Bloodbath did before we even knew Danny, let alone knowing that he’d end up joining Autopsy. And Danny didn’t even know it was a cover song at the time! Got it? It’s a crazy world and a crazy song.

“It’s also a cool tribute to Dane Petersen (R.I.P.), the original Bloodbath vocalist. We feel we gave it the treatment it deserved….now it’s up to you to crank it up and hold those middle fingers high!.”

BLOODBATH – “Most of you would know this already, but for those of you who don’t, it was the title of the first song, on the first album by UK death metallers Cancer, which we originally lifted our band name from. Now with Peaceville celebrating its 30th anniversary, there would be no better token than offering this cover song to glorify the old school, brutal and trashy death metal legacy of Cancer fucking Cancer, once more! And as if it couldn’t get any better, we’ve the honour to split these seven inches with gore legends Autopsy who also bathe in their own blood!”