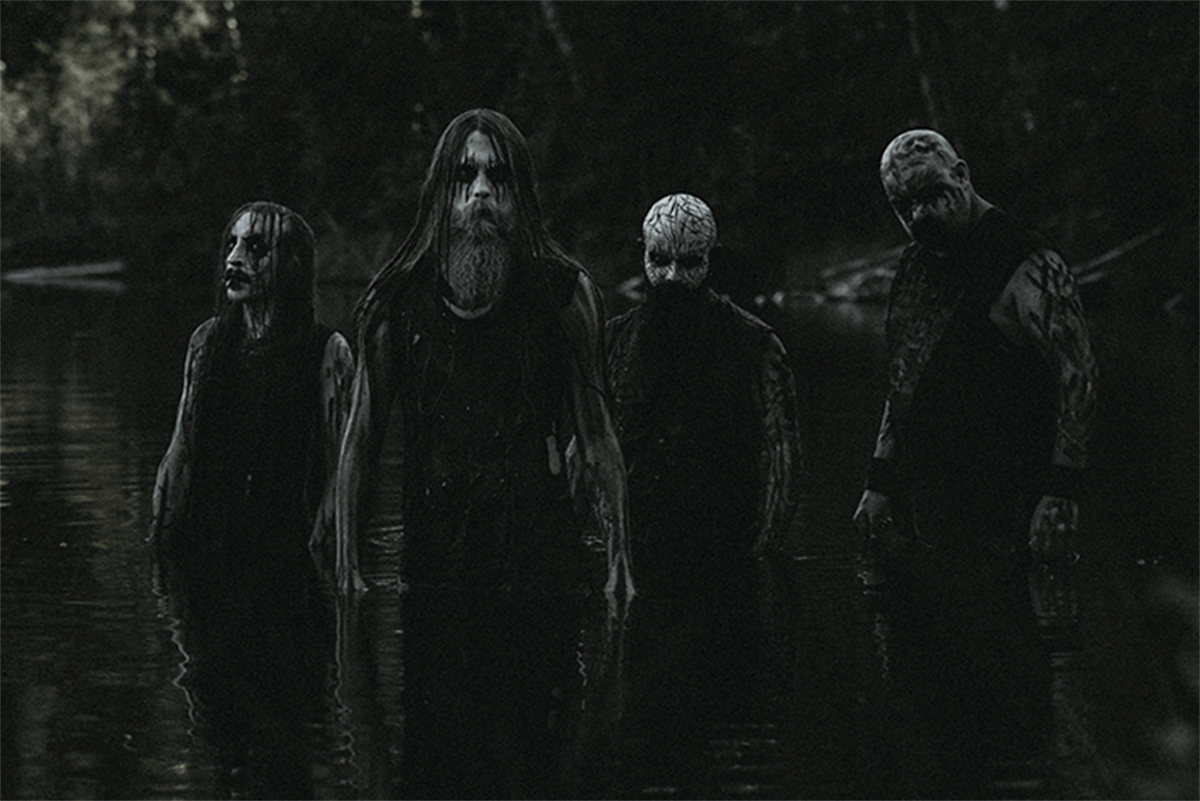 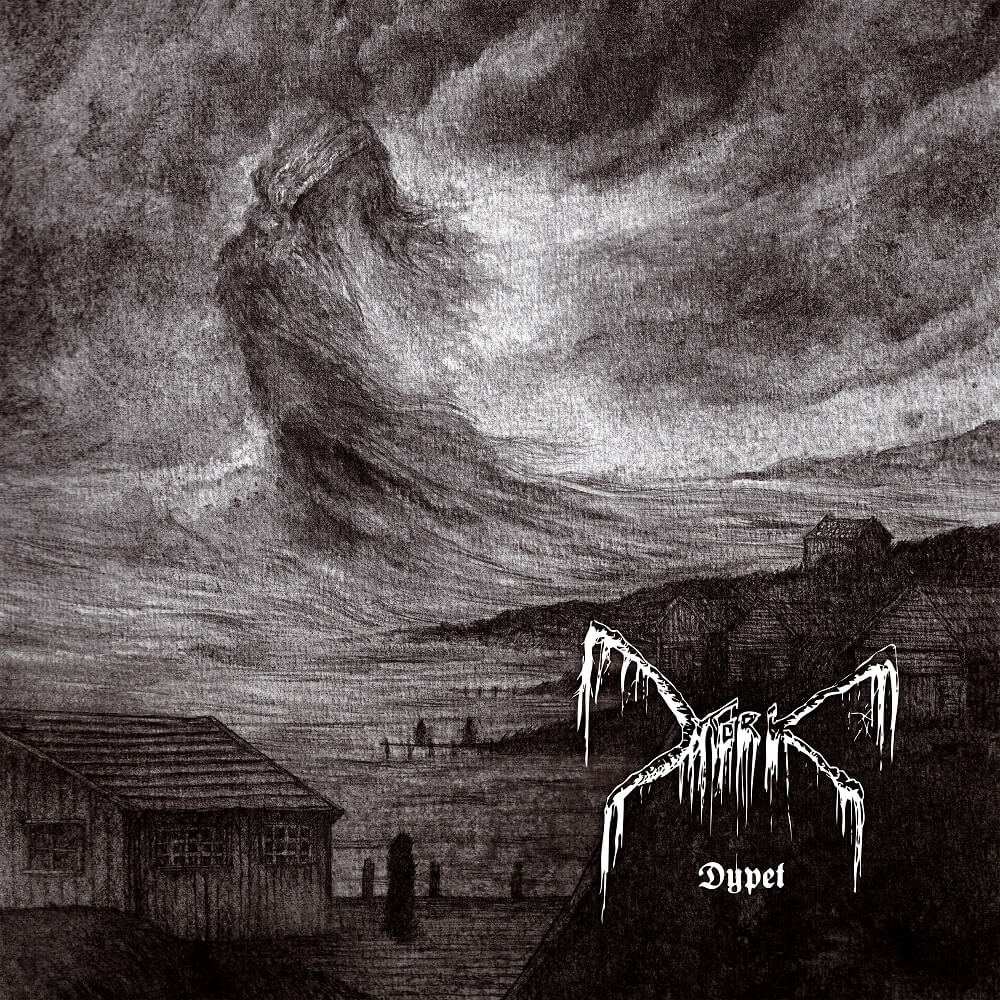 Following the release of 2021’s ‘Katedralen’ MORK returns this year with a new opus – ‘Dypet’, which is due for release on Peaceville Records on 24 March 2023.

Thomas Eriksen comments “It is with great pride that I am able to present and experience the release of my sixth full length album. I put every single drop of myself into the process of shaping MORK’s music. Perhaps even more so with this new album. As the album title, which translates to “The Deep”, something from the depths has been brought to the surface, “Dypet” was inspired by my life over the last couple of years, the thoughts, feelings, passion and the evolving of creative free will. Dive in and let yourself sink into the abyss. “

The album also features a special guest appearance from HJELVIK, the former singer of fellow Nordic legends Kverlertak, on ‘Hoye Murer’. It also delves into the world of analog synth’s adding a different but no less hellish soundscape to MORK’s palette.

‘Dypet’, Norwegian for ‘abyss’ promises to ring true to its name delivering eight brand new tracks that feature Thomas Eriksen’s signature Black Metal howls and caustic guitars. The album was once more performed, recorded and mixed by Eriksen with engineering assisted by Freddy Holm whilst mastering was carried out by Jack Control at Enormous Door (Darkthrone).

David Thiérrée also makes his return now on his third collaboration with MORK. His artwork that has become just as synonymous with MORK’s sound. The piece is inspired by the album’s theme of “Draugen/Cthulhu”; also featured within the art is a crest created by Jannicke Wiese-Hansen.

The inspiration behind the album’s title track lies in H.P. Lovecraft’s Cthulhu Mythos but with a Nordic twist. Using the Norwegian coastline as it’s setting, the artwork illustrates a mysterious cult that now worships the ‘Draugen’ (a mythical sea ghost in Norwegian lore) paying homage to the sea dwelling beats of Cthulhu.

‘Dypet’ is not a concept album and the themes of hatred, death, betrayal, inner demons and misanthropy will find fans of Black Metal right at home.

‘Dypet’ will be released on the following formats which are available to pre-order here: https://mork.lnk.to/dypet 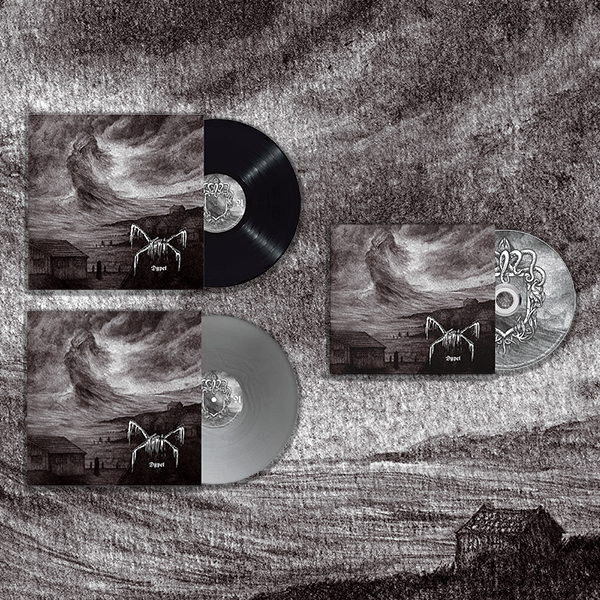 Handsigned copies of both the silver & regular LPs will be available exclusively on the Mork band store … you’ll need to be quick to secure one of these in demand items.

Mork will be supporting the release of Dypet with live shows and festival appearances, the following have been confirmed so far with more to come 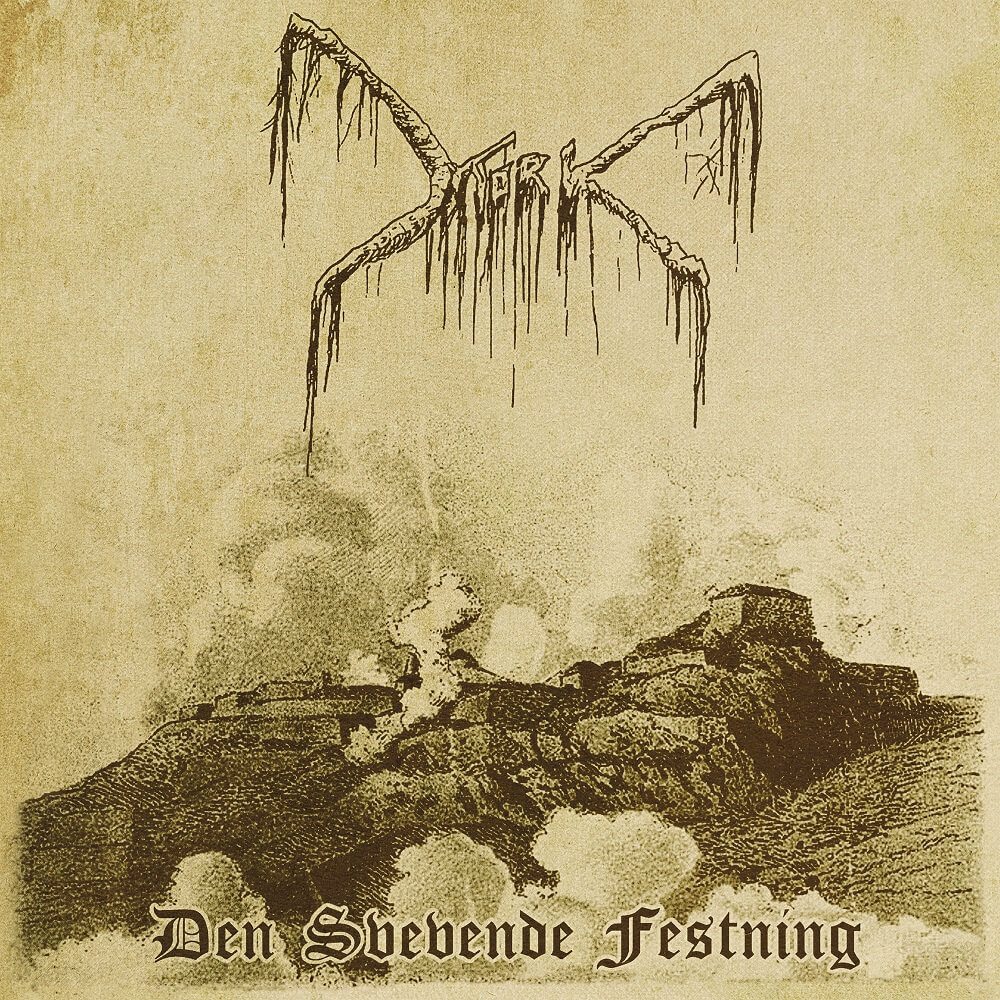 The forthcoming Den Svevende Festning vinyl EP features six tracks and over 32 minutes of raw and atmospheric Norwegian black metal, most notably containing exclusive and unreleased material recorded during the Katedralen album sessions, in the shape of the title track (also the theme for the cover image, an old drawing of Fredriksten Fortress in Eriksen’s home-town of Halden), and ‘Ormtunge’. Side A is completed by the alternate arrangement of the track ‘Født Til Å Herske’, previously only available digitally. Side B contains a selection of live tracks from Mork’s recent shows, featuring a series of tracks from the Katedralen opus.

Thomas Eriksen comments “Seems we got a tradition going by now, with an EP between each album.  I can get use to that! I like the format which allows us to do something a bit different and play around with the material, with albums we obviously need to be more strict.

This time I had a couple tracks left over from the Katedralen sessions. The title track “Den Svevende Festning” was always one that I liked and was actually only cut due to the album length. It’s fitting having its own EP dedicated to it. “Den Svevende Festning” is a tribute to my hometown of Halden with its majestical  Fredriksten Fortress which hovers above the city in the skyline. It’s powerful and a good cannonball in the face!”

Fresh from destroying the stage with their debut appearance, at this years Wacken Festival – check the band’s performance of “På Tvers Av Tidene” which featured on their 2019 album Det Svarte Juv – the band are on the road again on their Latin America Tour.

With more to be announced soon!

Don’t forget to check out all the episodes of Thomas Erikson’s podcast on YouTube. 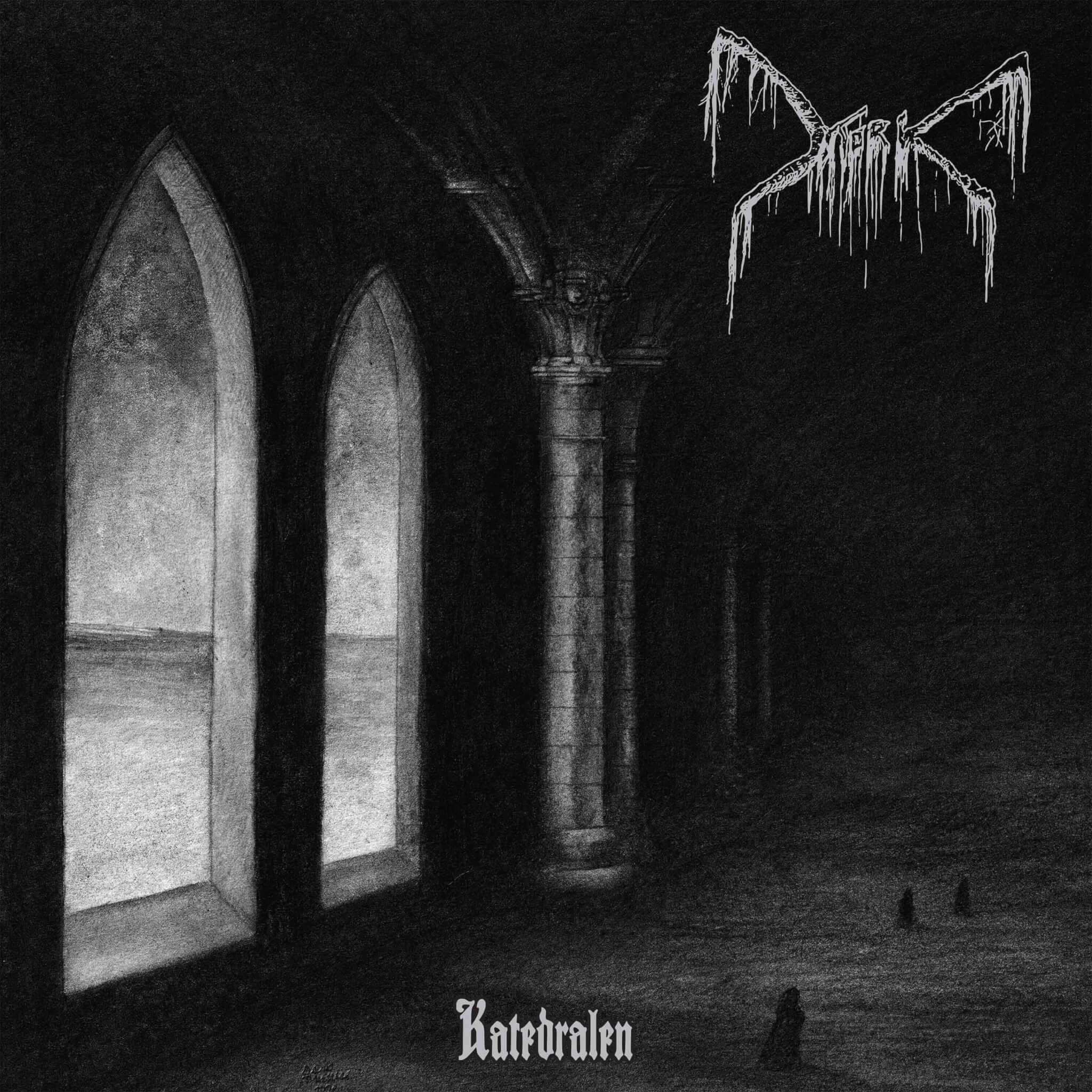 Following on mercilessly from 2020’s aptly titled ‘Pesta’ EP, Norwegian act Mork resumes its ascension through the ranks of the Scandinavian black metal scene with the fifth chapter, Katedralen, venturing ever further from the more primal early Darkthrone-based foundations, while still fundamentally keeping the grim flame of the old school in its DNA.

Katedralen is undoubtedly Mork’s most accomplished work to date, pushing new creative frontiers with a more dynamic approach to the song composition and an expanded breadth to the riffs and melodies, weaving a new masterpiece, the result, is a true personal work of intense spiritual catharsis from main-man Thomas Eriksen, he explains “The path I have walked from the first album up to this current day has been much needed for me to really find myself and what Mork is. The album has everything I want in an album, grooves, harshness, grandiosity, sadness, beauty and power. No rules, other than to respond to what comes out of my mind and soul while creating.”

The concept behind the album title Erikson continues, “‘Katedralen’ (cathedral) is actually an old one I’ve had laying around since the early days of Mork. I always had a vision of a vast desolate cold and dead land and a gigantic cathedral where lost souls are kept for all eternity. I remember fantasizing it being a concept EP, I suppose much like ‘Det Svarte Juv’ was envisioned back in the day. However, that one did not end up as a concept album. ‘Katedralen’ is not a concept album either, but I see now that all the tracks tie neatly together after all. In the end all the lost souls ends up at the base of the massive cathedral.

‘Katedralen’ was performed, recorded by Eriksen at Likkjelleren Studio and mixed by both him and Freddy Holm at Kleiva Studio, with mastering once more carried out by Jack Control at Enormous Door (Darkthrone). The album also notably includes guest appearances from Nocturno Culto of labelmates Darkthrone, Dolk of fellow countrymen Kampfar, & finally Eero Pöyry of doom masters Skepticism.

Thomas expands on the significance of the special guests “To be able to include Eero Pöyry on the album is a big deal for me. As it ties it all together with me discovering the darker and more extreme depths of metal back in the beginning. At the same time I found Black Metal, I also stumbled into Funeral Doom, which also made an lasting impression on me. I will never forget the overwhelming feeling of emptiness and hopelessness I got when listening to Skepticism for the first time. Since my vision of “Katedralen” has to do with large and vast desolation and feelings, it is absolutely perfect having Eero putting his touch on this piece of my personal history and creation. I am forever thankful.

I have to say it is a great honor to include yet again my good friend Nocturno Culto. The track we picked is just as fist-in-the-face enough to suit his contribution perfectly. It’s become our duet of pessimistic black metal purity. Great man and a total legend.

When Dolk and I got together to figure out which track to consider, I didn’t know really what to expect, since I’ve never worked with the man. I do know his great skills in Kampfar, obviously. But when he got down with it and did his thing on «Født Til Å Herske», I was convinced instantly. His parts made the song. Genius. “

Katedralen is undoubtedly their most accomplished work to date, pushing new creative frontiers with a more dynamic approach to the song composition and an expanded breadth to the riffs and melodies, weaving a new masterpiece, that has been received to great acclaim by worldwide media and fans alike.

‘Without a doubt this album is essential listening’ Metal Talk

‘if you’re after some classic, unpretentious Norwegian black metal, it’ll hit the spot’ The Quietus

‘Mork delivers us their best album, and probably one of the best black metal albums of the last few years!’ 4.5/5 All Rock

‘I truly could not recommend this more’ – 9/10 Metal Temple

Mork was created by Thomas Eriksen in 2004 & was primarily a side-project from inception until the debut album, ‘Isebakke’, in 2013. Since then the band has rightly earned their accolade as one of the top Norwegian black metal acts of recent years, receiving strong endorsements from their peers.

Katedralen is available on CD, gatefold black vinyl LP and digitally, through to order HERE 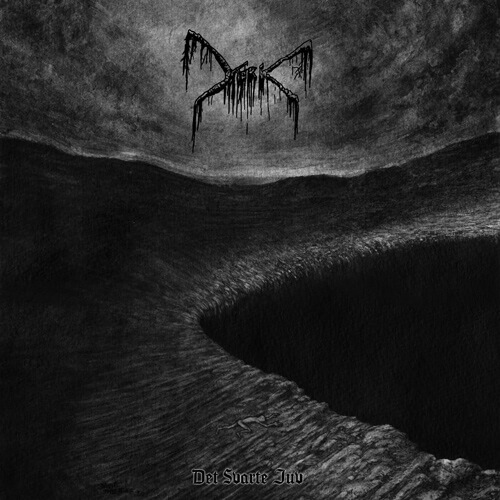 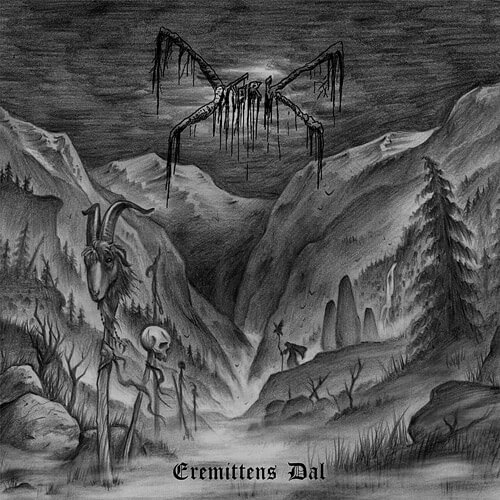 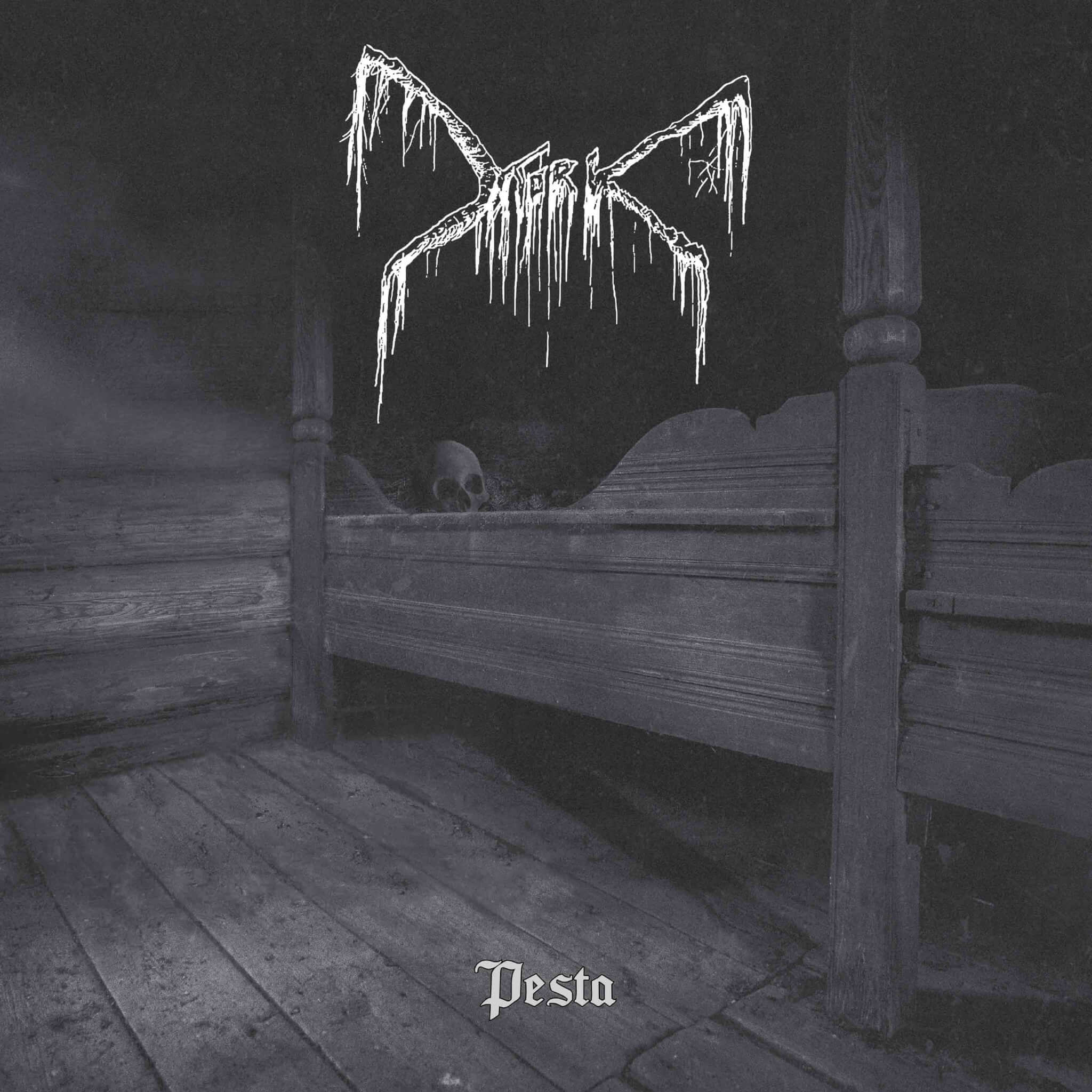